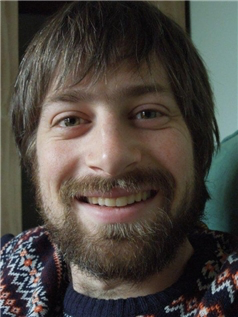 Social media data are increasingly being equated with public opinion in media coverage of politics. Whether it is individual tweets used in place of traditional vox pop interviews, reference to “trending” topics, or the use of complex semantic analysis techniques to measure the proportion of positive or negative public reaction to politicians or events, this trend is undoubtedly occurring. Similarly, in academia, there is a great deal of interest in social media as a new data source that can be used to better understand the public and / or possibly make better predictions as to public behaviour.

Such developments have not been uncontroversial, not least because use of social media is not evenly distributed across particular societies, and instead may reflect certain structural inequalities, based on class, gender or race. These problems may be even more acute if researchers are seeking to examine public reaction to the political, where an even smaller sub-group of citizens might be interested and commenting. It is certainly not appropriate to think of social media users as representative of the rest of the population, as we might, for example, with a traditional opinion poll.

Does this mean that social media analysis cannot provide a better understanding of public opinion? Not necessarily,rather than rejecting the method altogether, a different approach is possible. What is required is a reconceptualization of public opinion, different to that found in most contemporary discussion, which can better accommodate both the strengths and limitations of social media-based analysis. In particular, it will be claimed, there is value in looking at older, pre-Gallup conceptions of public opinion for theoretical approaches that will help researchers in the social media age.

Nick Anstead has been an Assistant Professor in the Department of Media and Communications at the London School of Economics and Political Science since 2010. Since arriving at the LSE, Nick’s work has mainly been focused on the intersection between the study of British politics and political communication, and has been published in a number of leading journals in the field, including the International Journal of Press / Politics and the Journal of Computer Mediated Communication. Prior to arriving at the LSE, Nick was a Lecturer in Politics at the University of East Anglia, Norwich. He was awarded his PhD from Royal Holloway, University of London in 2009.

Nick has published widely for policy-makers, including co-editing (with Will Straw) the 2009 Fabian Society pamphlet The Change We Need, which featured a Foreword by the then UK Prime Minister Gordon Brown. More recently, Nick authored a LSE Media Policy Project Working Paper on televised debates in parliamentary democracies, which received national television and radio coverage. Nick has been interviewed about his work on BBC Newsnight, the World at One on BBC Radio 4, The Breakfast Show and Drive on BBC Radio 5, and the BBC News Channel. He blogs at nickanstead.com and tweets @nickanstead.