Down, but Not Out 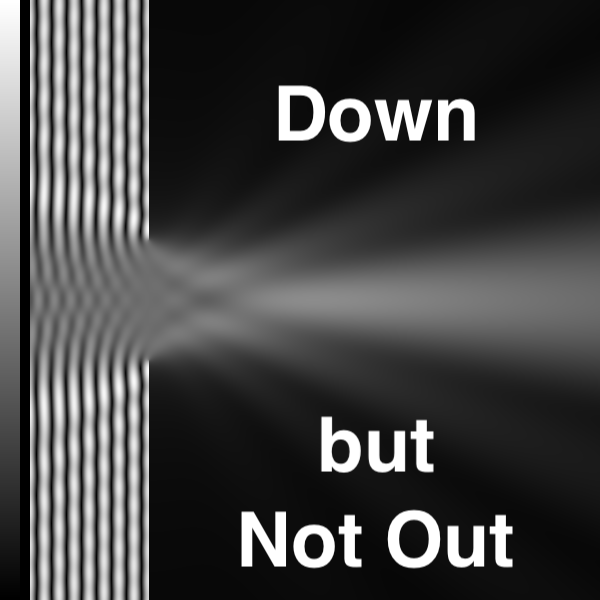 Down, but Not Out is a podcast mini-series on innovation in journalism, which brings you five cases of media organizations from around the world who were pushed into being creative in the face of hardship. Innovation is not just a buzz word used by tech companies and business gurus. Sometimes, it’s about finding new ways to survive and prosper in difficult conditions. The series builds on the work of the Center for Media, Data and Society’s  (CMDS) Journalism Breakthroughs project. Justin Spike is a Budapest-based freelance journalist who contributes to 444.hu and The Associated Press. Dumitrița Holdiș is a member of the CMDS team.

Original music for the series was composed by András Simongáti-Farquhar.

E1 Political Interference and Reader Solidarity: The Story of Index and Telex in Hungary

In this first episode of the series, we’ll bring you the story of Telex, a media organization that was willed into being by its founders when one of Hungary’s flagship media outlets was pushed to the brink of collapse by government pressure. When almost all of Index’s 90-member staff resigned, they set out to start their own organisation and to fund it through reader contributions. In the first month of their crowdfunding campaign, they collected 1 million euros from their readers.

E2 Synthesizing Journalism and Art in Belarus and Jordan

In this episode we will talk about two media organizations that overcame geographical distances to report on their homes from abroad. They are also doing much more than that: they have created a synthesis of different art forms and journalism and became critical voices and sources of information for their public. The story of Belarus Free Theatre, an underground theatre company and Al-Hudood a satirical news site show how journalism can transform critical art forms and political activism. This special episode was split in two parts in order to allow for the stories to be told in their own terms.

E3 Journalism Cooperatives and Subscription Newsletters. Power in the Hands of Journalists

Can journalism cooperatives and subscription newsletters put power back in the hands of journalists? In the third episode of our series we explore this question with Maria Bustillos, journalist and co-founder of the Brick House, a collectively-owned journalism cooperative and Walker Bragman, a New York-based journalist, who discusses the advantages of publishing on Substack, a newsletter platform established in 2017 that allows writers to distribute their work to subscribers at tiered subscription rates.

Malaysiakini is one of Malaysia’s most popular news sites, and was founded in 1999. In 2002, still a medium size organization, with 20 staff members, making money mostly from advertising and other services, Malaysiakini decided to introduce a paywall at a time when internet access, credit cards and online payments were far from popular anywhere in the world. This episode tells the story of this incredible experiment and its consequences for independent media. We talked to Premesh Chandran, CEO and co-founder of Malaysiakini, and Patrice Schneider, Chief Strategy Officer at MDIF, who were there in 2002 to find out how it was to innovate back in 2002 and what type of expertise does it take to do it.  For further reading on paywall implementation in Malaysiakini, go to Case studies on paywall implementation: Gazeta Wyborcza and Malaysiakini. Data from this report was used extensively in this episode.

E5 When Journalists Organize and Take Back the Newsroom. The Story of Tiempo Argentino

On April 24, 2016, Tiempo Argentino published its first edition as a workers' cooperative. Before this, it was a printed newspaper, managed by a businessman, with a traditional financing model using advertising to support its operations. The money was mostly coming from government sources, but when the Argentine economy went into recession and the government changed, Tiempo Argentino lost its funding and left 125 workers without their jobs. But the paper did not shot down, it ressurrected in the form of a workers' cooperative, becoming the first media in Argentina financed by its readers. An event that changed lives forever and revolutionized journalism in Argentina.

In the closing episode of this series, we will talk about an increasingly popular funding strategy for small, independent media organizations: hybrid business models - where media outlets combine revenues from various sources as a means of financing their journalistic work. These business models usually involve a mix of small donations or subscriptions from audiences, grants from big donors like foundations, and from selling services or specialized products.

We invited Monia ben Hamadi, editor in chief of Inkyfada, a Tunisia-based independent media organisation, and Marius Dragomir, director of the Center for Media, Data and Society, to reflect on these questions.