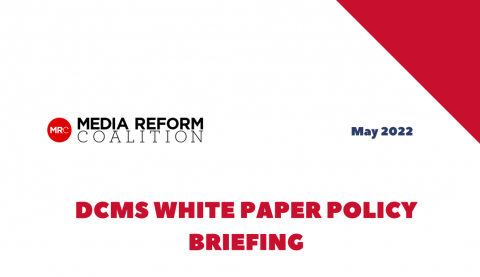 This is the fourth policy document based partly on the Media Influence Matrix: UK report, the Who Owns the UK Media? report and MRC’s Manifesto for a People’s Media. The briefing contains a number of action points based on these reports.

The main findings include:

The White Paper’s vision for the future of UK broadcasting involves a diminished public service remit, more commercialised media regulation and the collapse of funding for independent, accountable and democratic media sources, the briefing concludes.

The first policy briefing in the series covered the most important current debates in UK media policy; the second one addressed the issue of the BBC licence fee; the third one focued on the Online Safety Bill.

The collection of articles and policy briefings based on the UK Media Influence Matrix Report, as well as the report's chapters and more information about the project can be found here.