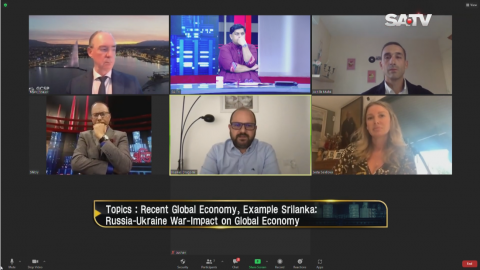 Our Director Marius Dragomir was a guest on Late Edition, a talk show on South Asian Television (SATV), one of the most viewed television channels in Bangladesh.

He talked about the war in Ukraine and the information war Russia has been waging. He said the war did not start on the ground in Ukraine but has been going on for over a decade with Russian propaganda.

He talked about the difficulties of finding trustworthy sources of information about the war, given Russia’s sophisticated and multi-layered propaganda system.

The show discussed other ongoing crises such as the situation in Sri Lanka.