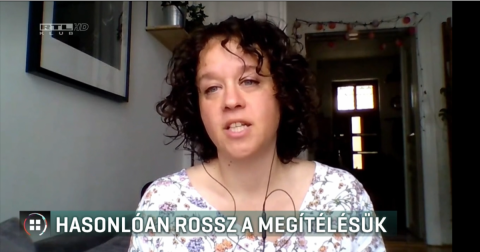 She was asked about the results of a new survey conducted by Medián Opinion and Market Research company for online news portal 444.hu that found that Hungarians have a negative view about both Russia and Ukraine. On a 0-100-point scale where higher points signal a more positive view, Russia was given 32 points by the respondents. Ukraine scored 33 points, nearly the same as Russia even though Russia started the war on Ukraine.

This is unusual in the international context, Éva Bognár said. She thinks the Hungarian government’s communication, viewing Ukraine and Russia as almost equally responsible for the war, probably plays a large role in the results.