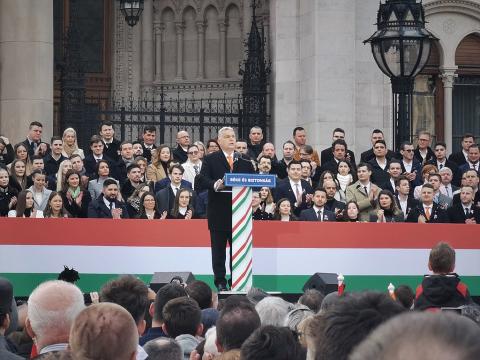 Hungarian journalists fear Orbán will use election win to tighten his grip on independent media, our Course Director Attila Mong writes in an article published on Cpj.org.

Attila Mong, who is the European representative of the Committee to Protect Journalist, talked to several leading Hungarian independent journalists about what they expect after the landslide victory of Hungarian prime minister Viktor Orbán’s Fidesz party at the Hungarian elections on 3 April.

The journalists said they were afraid that the erosion of the independent media space would continue. Csaba Lukács from independent weekly Magyar Hang expects advertising revenue to fall as companies will be less likely to place ads in media critical of the government for fear of retribution.

The article recalls the 2021 plans to require NGOs to publish a full list of their donors, including microdonations. Independent news portal Telex co-founder Veronika Munk explains this would have killed independent media outlets relying on crowdfunding.

Blanka Zöldi, editor-in-chief of fact-checking site Lakmusz thinks access to public information will remain highly restricted. She is also afraid of a growing number of SLAPP cases against journalists.