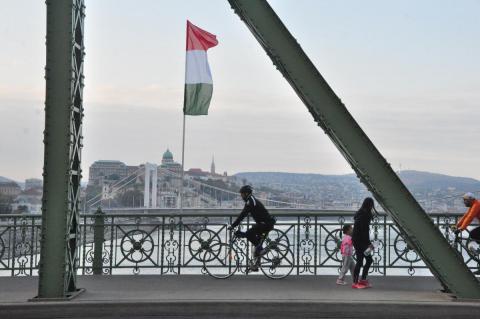 “Orbán knows that many Hungarians are against the war, and he balances: the state media spread pro-Russian propaganda while he speaks against the war in general, but not against Putin,” our Director Marius Dragomir told Spanish newspaper el Diario about the election campaign.

The article, published ahead of the Hungarian elections on Sunday, discusses why Hungarian prime minister Viktor Orbán was expected to win yet again.

Marius Dragomir explains the steps through which the Hungarian government, starting in 2010, have captured the media to use them in the election campaign.

The campaign coincided with the war in Ukraine, revealing how the government propaganda machinery works, the article explains. Dragomir says the state media have spread pro-Russian propaganda since the first days of the war, while Orbán himself have been speaking out against the war in a kind of balancing act.

Photo by I Do Nothing But Love on Unsplash