Politics for All Is Over, but the Memefication of News Isn‘t 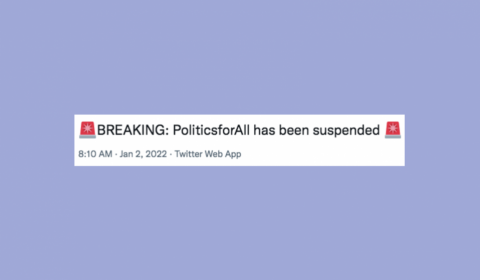 In her latest article for Huck Magazine, Naomi Smith discusses the memefication of news, the problems it creates and possible responses.

Twitter has recently banned news aggregation service Politics for All (PFA), known for its easily digestible and shareable, viral content.

The service ran short snippets of news stories followed up with a link to the original story in a new Tweet. Critics say that by doing this, PFA denied “reach and advertising revenue to the original authors and publishers,” the article writes.

PFA has also been accused of misinformation by distorting news stories, focusing only on viral elements. While memefication is not necessarily bad, Naomi Smith writes, it leaves no room for nuance.

It is unclear why Twitter banned the account, and further restrictions on problematic viral news accounts would lead to charges of censorship.

“[I]t’s … very hard to know where to draw the line, especially given the potential benefits of social media for escaping the neoliberal hellscape that the commodification of news has created, or threatens to create, within some of our more traditional news sources,” the article concludes.

This article is based on research that is part of the UK component of the Media Influence Matrix, set up to investigate the influence of shifts in policy, funding, and technology on contemporary journalism, funded by the Joseph Rowntree Charitable Trust.