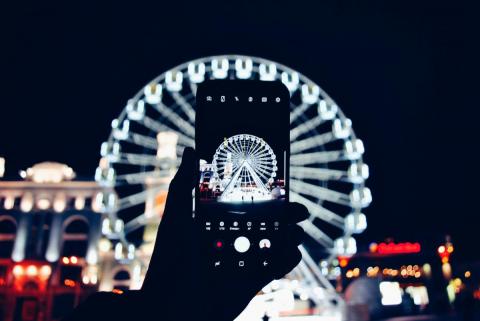 As Ukraine updates its communication policies, the country’s tech sector remains plagued by a delayed introduction of new technologies, a gaping urban-rural digital divide, skepticism towards the state and the problem of disinformation.

Ukraine lags behind EU countries in its technological development. Some 29% of its population has no internet access, and there is a gaping digital divide between the urban and the rural population. Only 44% of the rural population is online, compared to 76% of urbanites. Although connections fees are affordable, internet speed remains low.

The telecom market is competitive, with four large companies offering a plethora of telephone, cable and internet services: Kyivstar, Lifecell, Ukrtelecom and Vodafone. One of them, Ukrtelecom, is owned by an oligarch, Rinat Akhmetov, known also for controlling one of the largest media conglomerates in the country, Media Group Ukraine (see the Media Influence Matrix: Funding Journalism report).

In their online habits, Ukrainians generally follow global trends, with some notable exceptions. As elsewhere, Google dominates the search and the browsing market, but Ukrainians like using Opera, which still has the second largest market share of 13%.

Regarding their online activities, Ukrainians spend a significant amount of time communicating online, watching or downloading movies, playing games and reading the news. However, video streaming services are not popular among Ukrainians. The reason is the abundance of freely available pirated movies online that are dubbed in Ukrainian and Russian.

Windows remains the most popular operating system, but it is losing market share to Android. Apple’s operating system is much behind, mainly because of the high prices of Apple products, still unaffordable for many regular Ukrainians. An average Ukrainian must work for 87 days to buy a new iPhone 12 Pro (US$ 1,088), compared to 28.3 days in Poland or 9.7 days in Germany.

Facebook is the most popular social network, thanks partly to the banning of Russian social media VKontakte in 2017, as part of the sanctions imposed by the government in Kyiv against Russia. Likewise, the popularity of messaging system Telegram was boosted by the blocking of VKontakte and another Russian social network site, Odnoklassniki.

In 2020, social media became the most common news source for Ukrainians. Almost half of Ukrainians reported using Facebook as a regular news source, followed by YouTube and Telegram. The latter has become a dangerous channel of disinformation distribution. The report finds that not much can be done about it. Due to Telegram’s anonymity policies, it is basically impossible to remove the channels that supply fake news on the platform on various political and social issues. This issue is particularly burning as many local MPs regularly read Telegram channels.

As a response to disinformation attacks, some initiatives to tackle the problem have been launched, most of them internationally sponsored. Still, society at large lacks an understanding of how to tell the difference between true and false news.

The Ukrainian Parliament took an important step to updating the legal framework with the adoption of the Law on Electronic Communication, scheduled to come into effect on 1 January 2022. It took Ukraine more than 15 years to draft the legislation on digital communication.

While the Ukrainian government has recently launched a “State in a smartphone” campaign to increase digitization, many see it as a threat, an increase of the overall control by the state over Ukrainian society. Such fears were amplified by the government’s actions during the COVID-19 pandemic. In April 2020, the Ministry of Digital Transformation of Ukraine used data from Kyivstar, Lifecell and Vodafone to monitor the compliance with the quarantine measures by individuals who returned to Ukraine from abroad after 17 March 2020.