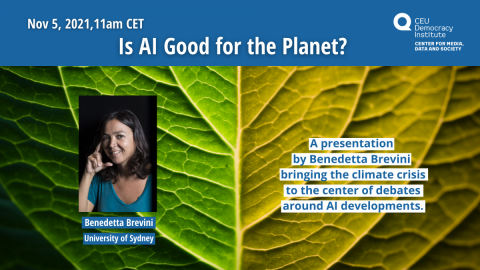 Artificial intelligence is sold as a magic wand; there is an almost religious sentiment about the power of technology. This obfuscates its materiality, which prevents debates about the technology’s impact on the environment, CMDS Fellow Benedetta Brevini argued in an online discussion of her new book, “Is AI Good for the Planet?,” organized by CMDS.

Despite expectations, the COVID-19 lockdowns did not bring a significant reduction in carbon emissions. While transportation indeed decreased, the electricity grid was kept being used, among other things for communication. The pandemic has made it clear that we rely on communication systems to an extent that has not been predicted, Brevini explained. 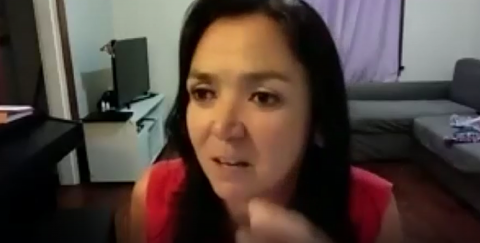 She cited data showing that the tech industry’s carbon footprint is estimated to increase to 14% of global emissions by 2040. In order to understand the issue, she argued, we need to break down the energy consumption of the entire production chain of the communication system, from the production of technological products to their distribution, their use and then their disposal.

AI is often sold to us as a magic wand that will save us; there was an almost religious sentiment about the power of technology, she said.This obfuscates the materiality of technology.

For example, AI relies on data centers called clouds – this name is one of the most amazing successes of marketing in the last 20 years, linking the noisy, dirty data centers to these fluffy, almost intangible things in the sky.

She pointed to four different ways AI impacts the climate crisis: 1. Because of the incredible computational power is used when algorithms are developed and trained. 2. Because of AI’s reliance on data, needing immense energy and extraordinary amounts of water to cool down the systems. 3. Because of the minerals needed and their transportation costs as well as the e-waste created. 4. Because AI helps oil and gas companies to be more “efficient” in extracting fossil fuel. We should intervene in this and decide that this kind of technology should not be developed, she said.

CMDS had ventured into new territory with the talk, as CMDS Director Marius Dragomir, who moderated the discussion, pointed out. AI and climate change have not yet been a focus of the Centre’s research.

Watch the recording of the discussion: