GB News: The Rise of UK’s New Rightwing Media Isn’t Over Yet 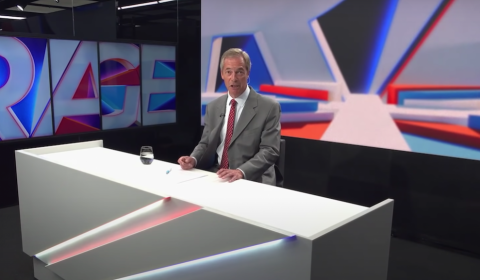 In her latest article for Huck Magazine, Naomi Smith makes a parallel between the rise of  Rupert Murdoch's Fox News in the US and and the similarly right-wing GB News in the UK. While GB News is sometimes regarded as a laughable matter, Smith argues that Fox News was similarly dismissed when it was launched in the mid '90s.

"Yet, however much we may be tempted at laugh at its misfortune, GB News is just the latest experiment in partisan, conservative content that may have more serious implications for the news landscape. In fact, all this may seem eerily familiar to observers of the controversial American cable network Fox News Channel. " writes Smith.

The main question raised by the article is if the UK regulatory framework even allows for a British Fox News to flourish in the UK?

This research is part of the UK component of the Media Influence Matrix, set up to investigate the influence of shifts in policy, funding, and technology on contemporary journalism, funded by the Joseph Rowntree Charitable Trust. It is due to report in Autumn 2021.