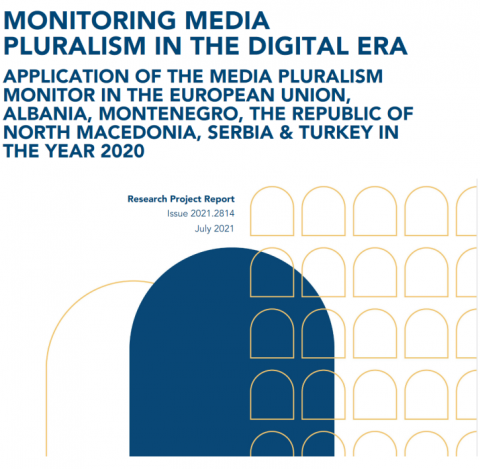 "The degradation of media pluralism in Hungary continued in 2020," although "the problems have been well-known for the European public and political decision-makers for years," CMDS Fellow  Attila Bátorfy and co-author Krisztián Szabó (ELTE) write in the narrative report of the Media Pluralism Monitor on Hungary.

The report was published today by the European University Institute, Robert Schuman Centre for Advanced Studies, Centre for Media Pluralism and Media Freedom.

Although the Hungarian regulatory framework seems to formally satisfy the standards, regulation cannot guarantee the diversity and plurality of the media, Bátorfy and Szabó write. One of the reasons for this is that the ruling party exploits its powers supported by a two-thirds majority in the Parliament. The ruling coalition is also able to use substantial amounts of public money to organize campaigns or support the aligned media.

Hungary scored low in the Market Plurality and Political Independence areas of the Monitor. This was partly due to developments including the political takeover of the country's leading online newsroom Index.hu, Klubrádió's loss of its broadcast frequency, the newly emerging evidence about internal censoring at the Public Service Media, or the opaqueness of information connected to the pandemic. These are signs of a tendency that started years earlier, Bátorfy and Szabó write.

The report points out that practices used by the Hungarian government have appeared in other countries in the past two years, such as Poland, Slovenia or Macedonia, and "found positive reception in one part of the European public and political sphere." The European Union and the European Commission have all the legal instruments to investigate problematic issues, but these instruments have not been used so far, the report finds.