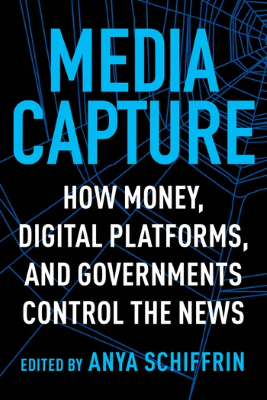 The chapter Starkman co-authored with Ryan Chittum is entitled “The Hamster Wheel, Triumphant: Commercial Models for Journalism Are Not Working; Let’s Try Something Else.” It consists of two parts: one half documents the failure of digital commercial journalism models in the U.S., and the second half proposes a public solution found in the tax code in Hungary.

The volume features pathbreaking analysis from journalists and academics of the changing nature and peril of media capture—how formerly independent institutions fall under the sway of governments, plutocrats, and corporations. Contributors include Emily Bell, Felix Salmon, Joshua Marshall, Joel Simon, Nikki Usher, among others.