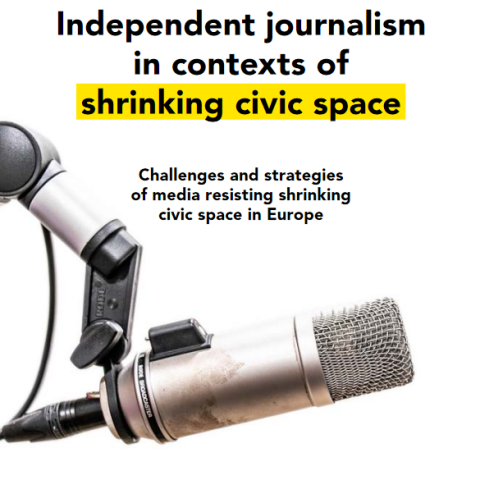 Bognar and Nemeth write about a project of Atlatszo, Hungary’s first investigative journalism non-profit, to reach audiences in rural Hungary. The Hungarian media landscape, they write, is “a textbook case of media capture,” characterized by a lack of independent local media in the countryside, meaning rural audiences have little exposure to news that do not follow the government’s narrative. This is the problem that Atlatszo’s Orszagszerte (‘all over the country’) project aims to address. Atlatszo is a Hungarian watchdog NGO, with a primary focus is investigative journalism.

The project faces many challenges, including personal attacks that discourage the reporters from participating. Yet it has also been fairly successful in terms of reaching an underserved audience. Additionally, mainstream news media including television channel RTL-Klub pick up some stories broken by Atlatszo Orszagszerte. Equally important, locals read the stories and ask their municipal representatives about them.

Atlatszo’s pioneering initiative may be followed by many who learn from the lessons and may make a difference on a larger scale, Bognar and Nemeth conclude.

In her first chapter, Holdis explores the relation between activism and independent journalism in the case of a Romanian media outlet Liber in Teleorman (‘free in Teleorman’). Teleorman is one of the poorest counties in Romania, and home turf for Liviu Dragnea, leader of the Romanian Socialist Party (PSD), and deputy prime minister in 2014, when Liber in Teleorman was founded. The paper, published both in print and online, was as much an activist endeavor as a journalistic one, with a provocative and opiniated style and grassroots organizing. In 2017, when nationwide protests erupted against the PSD government, Liber in Teleorman not only covered the issues in its “habitual provocative tone,” but its two journalists were present at the protests and encouraged people to join. As a result, the paper lost many of its advertising contracts and the journalists were subject to harassment.

The case of Liber in Teleorman poses a complicated ethical dilemma for journalists, Holdis writes. The job of a journalist is not to call people out in the streets to protest against political leaders. Impartiality and journalistic objectivity seemed not to be the ultimate goal of the paper, but the shaking up of community life in Teleorman. With its community events and strong connection to its public, the paper created a space for civic activism in the county’s public life.

The second chapter by Holdis is a case study of Atlatszo Erdely, a Hungarian-language media outlet based in Cluj-Napoca, Romania, founded in 2015. As a media outlet situated in a minority-language media landscape dominated by party interests, Atlatszo Erdely faces many challenges such as financial instability and lack of cooperation with Romanian organizations. Yet five years after its inception, Atlatszo Erdely is a successful, growing media outlet. An open mind and an interest in a public often left behind by progressive media led Atlatszo Erdely to rural Hungarian speaking Transylvania, where it finds allies in local elites such as public servants, teachers or medical personnel. To be able to successfully offer an alternative to the existing Hungarian-language media, Atlatszo Erdely has recognized the importance of reaching out to demographics beyond their immediate core audience, Holdis writes. Its future will now depend on the ability of these networks to sustain its members and to facilitate the building of progressive institutions for both the Romanian and Hungarian community, Holdis concludes.