Dragomir on Media Capture in Hungary and Poland 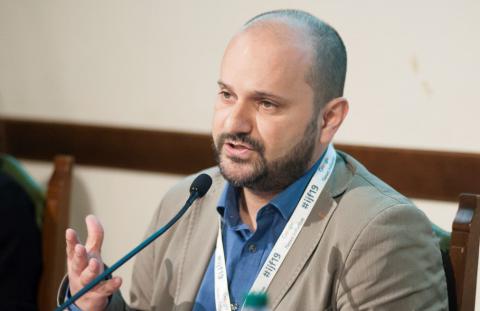 In an article about the deterioration of the political situation in Eastern Europe, Dragomir is quoted as saying Hungary and Poland have implemented media capture. “Media capture is spreading in Eastern Europe, through new restrictive laws on the press, full government control of public media and the acquisition of private media by entrepreneurs close to the government,” Dragomir said.

The article details attacks on the free media, the judiciary and fundamental rights in Hungary and Poland, and says the “model” is now spreading to other countries in the region such as Slovenia and Bulgaria. Regarding the Hungarian media, the piece explains that in the 2021 World Press Freedom Index, Hungary is ranked 92nd in the world, as the worst performing EU member state. The Polish government, using the COVID-19 pandemic as a pretext, has imposed new taxes on media advertising. In Slovenia, the government has withdrawn funds from the national news agency to make it fail and verbal attacks against journalists are increasing. In Bulgaria, independent journalists are not only not protected by the authorities but arrested, the article claims.

The Hungarian and the Polish government’s attempts to control the judiciary are reported in the piece in the context of the European Union. The article cites experts criticizing the European Commission for doing too little against the threat, which, the article claims, is possibly lethal for the democratic architecture of the EU.