Britain’s Media Monopoly Is a Threat to Democracy 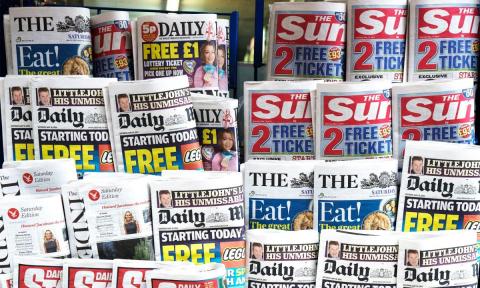 "Britain's media is owned by a tiny handful of corporations, with three companies controlling 90% of newspaper circulation – if we want a real democracy, it's time to break the power of the media moguls", writes CMDS researcher Tom Chivers, for Tribune Magazine.

The UK media is seeing dangerous levels of media ownership and a handful of corporations control the majority of newspapers, broadcasters, and online media platforms. New research published by the Media Reform Coalition, with the support of CMDS, shows that "in a national market of 20 daily and Sunday newspaper titles, just three companies control 90 percent of newspaper circulation. Lord Rothermere’s DMG Media—publishers of the Daily Mail, the Mail on Sunday, the Metro, and the i—accounts for almost 40 percent of all national newspapers sold each week in the UK, while Rupert Murdoch’s News UK and Reach (which publishes the Mirror and Express titles) command one third and one fifth of the market, respectively."

The implications for trust in the media are imense, giving that the UK media is one of the least trusted in Europe, according to the article.