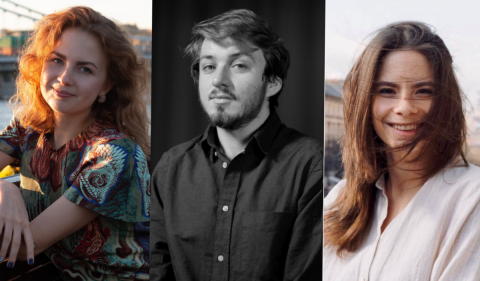 The Center for Media, Data and Society has welcomed three young researchers to work on various projects as interns.
They will conduct research work in line with the common methodology of the projects. They collect and tabulate data, carry out interviews, write analytical reports and feed into the projects' outputs. 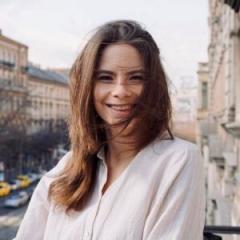 Astrid Söderström is a Political Science and Journalism student at McDaniel College Budapest. Prior to McDaniel, she studied at an Open University in Helsinki, worked as an Administrative Assistant for different companies and projects, including open access journals, and volunteered as an English teacher in Vietnam. She has an active interest in writing and languages. She also edits and translates as a freelancer. Originally from Finland, Astrid moved to Budapest in 2017 to represent Hungary in her sport, Synchronized Skating.

The project Astrid will work on is Researching Trends in Funding Journalism and State Media. 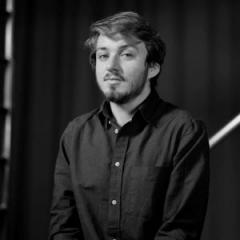 Márk Tremmel is a journalist and a media researcher in training. He is doing his MA studies at Eötvös Loránd University at the Department of Media and Communication in search of alternative possibilities for journalism and publishing in a contested media landscape. Márk has co-founded Utca & Karrier Magazine and is the co-host of the Great Galactic Ghoul radio show. He has taken part in various international projects against hate speech on social media. He regularly teaches media literacy for all age groups around Hungary.

Márk will work on the Media Influence Matrix project. 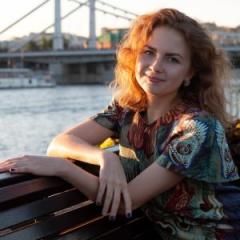 Anastasiia Zykova is a student of the one-year Master of Public Policy program at Central European University. Her background lies in Political Science and her bachelor’s thesis was on the role of Facebook in democratization. She has 4 years’ experience in higher education research, an analyst work experience gained at the Moscow Government. Additionally, she worked as a social science teacher for gifted school children and as a project manager for an employer branding agency. Her current interest lies in social media influence on politics and the political consequences of the AI and digital technologies development.

Anastasiia will work on the Who's Who in Media Policymaking project.