Tech Regulation in Jordan: Thinking Inside the Box 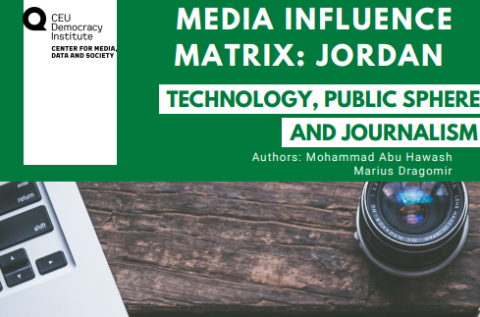 In trying to bridge the regulatory gap between traditional and online media, Jordan is likely to hurt freedom of expression online, a newly issued report from CMDS found.

With hundreds of news and reporting websites launched in recent years, the media regulatory system has seen a fundamental transformation in Jordan. The Jordanian government uses a mix of pre-internet era and new laws to control online media. The 1998 Press and Publications Law, for example, used to harass journalists who publish online, was amended in 2012, requiring all news websites to register and obtain a license before launching operations. Many that did not were blocked, in what critics said was a targeted measure, coming at the height of the Arab Spring in Jordan. There were also efforts, unsuccessful, to block access to all pornographic content.

In Jordan, the government may block online content that it deems harmful to the supreme interests of the country. Journalists and activists have been detained on this basis. Jordan may also be the only country in the world that prohibits criticism of its allies, a provision in the penal law that analysts say is often used by law enforcement agencies to detain and interrogate journalists. “This gives rise to a strange phenomenon where Jordanian citizens are safe to express their grievances with the Jordanian government, but not with an ally of the state of Jordan,” the report’s author, Mohammad Abu Hawash wrote.

Recent amendments to Jordan’s cybercrime law, aiming to bridge the gap between laws on traditional and online media, may add new restrictions to freedom of expression on social media. Jordanian law criminalizes most speech that is critical of the Jordanian monarch and restricts what can be said about government officials and institutions. The amendments to the cybercrime law are expected to bring online media under the same laws. “The amendments have raised many concerns for civil society organizations and activists about potential restrictions on freedom of expression on the Internet,” the report states.

The amendments introduced a broad definition of hate speech that can be misinterpreted to apply to online content regardless of whether the respective content poses a threat. The amendments equate hate speech with criticism of public figures or public companies on social media. Authorities will be allowed to detain anyone suspected of spreading hate speech for up to seven days. According to the report, “this measure could be used to target government opponents, journalists, activists, and human rights advocates.” The law was amended to criminalize dissemination of any type of sexual content and to cover all smartphone apps.

Although 73% of the population has internet access, and broadband connectivity has increased significantly, Jordan faces a pervasive digital divide, based on age, education, income and geography. At the same time, the ICT sector contributes significantly to Jordan’s economy.
With regards to the public sphere, the report finds that Jordan’s regulatory landscape for the media is unstable, with constant revision of the publications laws. “This places those media networks with a proximity to the state at an advantage, since they have deeper insight into the expectations of the state. Independent media, on the other hand, suffers from the successive governments’ meddling in the foundational laws of the media industry,” the report states.