Can Journalism Recover from Coronavirus? 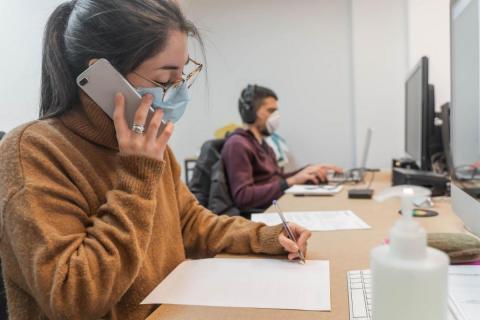 When Covid-19 struck in the early part of 2020, journalism was already in a dire state, the pandemic adding new urgency to a perilous situation. In the wake of this new assault–what some call a “media extinction event”–dozens of plans have emerged to help, and the actions taken by individuals and organizations have been large and swift.

Globally, the loss of advertising revenue has been dire, news outlets have closed, salaries have been further slashed, staffs cut or put on compulsory leave, and business models reimagined.

The new report, “Saving Journalism: A Vision for the Post-Covid World” commissioned by Konrad Adenauer Stiftung and available here, examines initiatives from around the world to help save journalism and evaluates where they currently stand. Governments in Australia, Singapore, Canada and Norway and other countries have issued emergency grants for media outlets and journalists. Foundations have created special pots of money and both Google and Facebook have too. In April 2020, Google News Initiative (GNI) announced it would be giving out relatively small grants to niche media outlets worldwide through the Journalism Emergency Relief Fund (JERF). Some 5,300 of the 12,000+ newsrooms that applied for funding received from $5,000 to $30,000. Ironically, Google and other tech giants were accused by the US House Judiciary Committee’s Antitrust Subcommittee a couple of months later of having created the problem they were trying to address.

Given the scale of the difficulties, we find that large scale interventions are the most compelling. Canada’s government is implementing a five-year, C$595 million tax subsidy program to support independent media. It includes a tax credit for labor costs, an extension of eligibility to nonprofit news outlets for “qualified donee” status so they can issue tax receipts, and a 15% non-refundable personal tax credit to individuals subscribing to digital news. And the Australian Competition & Consumer Commission (AACC) is making efforts to get Google and Facebook to pay for news. Their draft media code was introduced to parliament in December 2020 and would require Google and Facebook to pay for news that they use. The companies will need to engage in good faith bargaining and submit to compulsory final offer arbitration should bargaining.

Other trends observed include stepped up grant making from organizations such as the Ford Foundation and The American Journalism Project, but these will not be enough to keep local news entities viable and sustainable. Much existing grant making favors startups, but it is more important to help existing outlets stay in business. I’m more enthusiastic about large-scale proposals that demand government support, laws that support local journalism, and schemes involving major funds from big tech.

One plan to save local news outlets comes from Steve Waldman, a former senior advisor to the chair of the FCC. His idea is to "replant" the 6700 local papers that have been bought by private equity into community nonprofit groups and with mission-driven owners.

Another (and perhaps unexpected) development in the US is that new organizations–once wary of government intervention–have begun to show renewed interest in it. Many are undertaking efforts to shift government policy and develop legislation to help fund local news.

The problems facing journalism are urgent but, as our research shows, there are good ideas and good policies that can address them if we act quickly.

Dr. Anya Schiffrin is the director of Technology, Media and Advocacy specialization at Columbia University’s School of International and Public Affairs. She co-authored the report with students Hannah Clifford and Kylie Tumiatti. Also contributing were Léa Allirajah, Allynn McInerney and Chloe Oldham.