Who Funds Journalism in Italy? 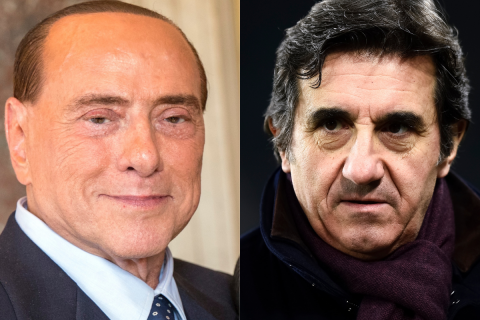 Advertising is the most important source of income in the Italian news media market, where television is still the most popular platform, dominated by two historical players.

The dizzying growth of the online sector is transforming the dynamics of the media industry in Italy, revolutionizing both the way information is produced and business models themselves. Not only have algorithmic sources and the consumption of information via the web become increasingly important, but for the first time in Italy’s media history, online advertising revenues exceeded television ad spend in 2019. New players have appeared in the market in recent years, further spurring competition in the news business, according to a new report released today by the Center for Media, Data and Society (CMDS).

“Television remains relatively stable in terms of popularity, but highly concentrated in terms of both audience and revenues,”

Matteo Trevisan, the report’s author wrote. The country’s two historical players, RAI, the public service broadcaster, and Mediaset continue to dominate the market, but the gap has been narrowing as specialized channels have been increasing their audience.

“Although newspapers still represent an essential source of information, the sector has recorded heavy losses during the past decade, with a contraction in both their circulation and advertising sales in parallel with a gradual increase in the newspapers’ price index,” the report found. Online portals are steadily growing, but the revenues in this segment are still only a fraction of the total media market. Moreover,

the report states. At the same time, the radio market in Italy is economically more stable and rather vibrant, although it is dominated by a few strong players.

Some online publishers have also begun to embark on new monetization strategies, including paywalls and native advertising.

“Revenues from users’ financial contributions, despite a gradual increase during the past five years (with an exception in 2017), declined again in 2019,”

according to the report. At the same time, the system of public funding has undergone a series of major transformations in the past five years.

The sector is also affected by the Covid-19 pandemic. Although it triggered a dramatic increase in news consumption, the pandemic has also created an opportunity for disinformation to proliferate and provoked an economic crisis.

All media sectors in Italy recorded financial losses in 2020, with the exception of video-on-demand (VoD) platforms. “Advertisers slashed their budgets and media outlets lowered advertising tariffs,” the report concludes.

The Funding Journalism: Italy report is part of  Media Influence Matrix, run by CMDS through a global research and advocacy alliance, the  Media and Power Research Consortium, which consists of more than 50 organizations, including academic institutions, advocacy groups, journalist networks and NGOs. The main goal of this project is to investigate the profound impact that rapid shifts in policy, funding and technology are having on journalism today. Each country report consists of three studies, covering politics and policy, journalism funding and technology.