Dragomir on Media Independence for UNESCO 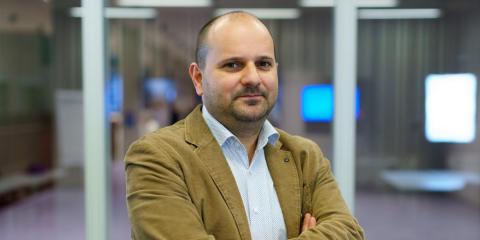 “Journalists all over the world are struggling to stave off pressures and attacks from both powerful external players, as well as decision-making structures or individuals in their own outlets,” our Director, Marius Dragomir writes in his report for UNESCO.

“In a growing number of countries around the world, the greatest menace to editorial independence and professional standards is media capture,” he writes, and then lists other factors threatening journalistic independence: commercial models used by the world’s big internet companies, undue influence of public relations (PR) agencies and big advertisers, gender and social inequalities in the news media.

“On top of these pressures, there is also the failure of some journalists to follow professional norms and standards,” he continues, adding that “conflicts of interest, involving both financial gains and collusion with politics, is one of the most common practices damaging editorial integrity and feeding mistrust of the media.”

The report also lists actions of civil society, journalists, international organizations and the media industry to counter these challenges, but states that “more must be done, especially as the global socioeconomic crisis triggered by COVID-19 inflicts even more harm on journalism,” and offers recommendations.

The report was published as part of the UNESCO series World Trends in Freedom of Expression and Media Development, which aims to offer a critical analysis of the trends in media freedom, pluralism, independence and the safety of journalists. With a special focus on gender equality in the media, the report provides a global perspective that serves as an essential resource for UNESCO Member States, international organizations, civil society groups, academia and individuals seeking to understand the changing global media landscape.