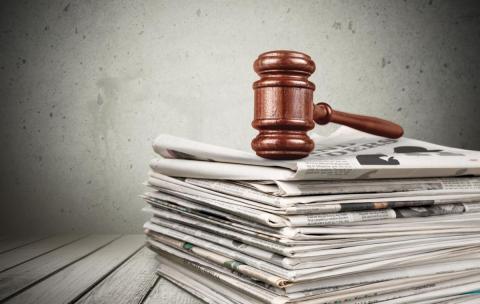 With a myriad of authorities treading on each other’s toes, the Israeli media regulation is marred by unnecessary duplications, ambiguous enforcement and a waste of public funds.

The Israeli media system is characterized by a multiplicity of regulatory authorities whose activity is governed by specific laws. Still, Israel does not have a press law per se. A British Mandate Press Ordinance from 1933 was finally revoked in 2017, making it possible, for the first time in Israel’s history, to publish a newspaper without a government-issued license.

Yet, legal experts argue, by discontinuing the ordinance, which was the only source of definition of the terms and essence of “what a newspaper is”, a legal vacuum was created, according to a new report released today by the Center for Media, Data and Society (CMDS).

The written press and online content are an unregulated field in Israel, yet they are subject to a series of ad hoc regulations enshrined in the penal and civil codes. “Censorship is alive and kicking in Israel, and courts commonly resort to Publication Bans, mostly regarding security and privacy issues,” Roni Dorot, the report’s author wrote. A 2017 law allows police and prosecutors to obtain court orders to block websites found to have published criminal or offensive content.

Overall, “Israel has a media law framework that is not yet fully compatible with established democratic regimes,” the report states. Many media experts, jurists and journalists contend that the state’s communication regulations are either anachronistic or lack precision. It is commonly argued that regulations do not keep pace with the challenges posed by the developing technology and market needs.

Furthermore, enforcement of rules that protect freedom of information is far from satisfactory. Most “secondary” authorities including local authorities, statutory corporations or trust units still suffer from major compliance issues. They are relatively slow in responding to public and official queries, and fail to publish activity reports in due time.

“Control over regulation compliance through courts does not promise an effective enforcement since few cases of breaching end up in court appeal and when they do, court ruling does not always endorse the principle of public’s right to know and the Freedom of Information Act, especially regarding issues of security or foreign affairs. Reporter’s Privilege (RP) in Israel is not enshrined in law but is mandated by court ruling alone, rendering source protection and journalist defense far from absolute,” the report found.

Overall, the media function in a very unstable and highly politicized environment. Due to Benjamin Netanyahu’s dual tenure as both PM and Minister of Communications (2014-2017), conflicts of interest involving the ministry’s regulatory performance have been rife. “Israel’s laws, political practices, civil society groups, and independent media generally ensure a substantial level of governmental transparency, though recent corruption cases alongside an ongoing debate about media regulation and the state’s democratic character have illustrated persistent shortcomings,” the report concludes.

The Government, Politics and Regulation: Israel report is part of  Media Influence Matrix, run by CMDS through a global research and advocacy alliance, the Media and Power Research Consortium, which consists of more than 50 organizations, including academic institutions, advocacy groups, journalist networks and NGOs. The main goal of this project is to investigate the profound impact that rapid shifts in policy, funding and technology are having on journalism today. Each country report consists of three studies, covering politics and policy, journalism funding and technology.