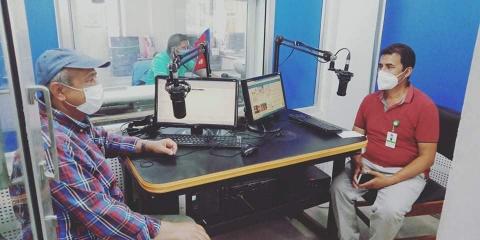 The creators of Corona Capsule radio show in Nepal are committed to provide important information and advice in an easy-to-listen format. The audience reacted positively. The shows have reached millions of people.

Days after the Covid-19 lockdown began in Nepal last March two brothers, Krishna and Gopal Guragain met to discuss the future of their vocation – running a radio station.

The conversation centered on ways to keep the radio on air, staff scheduling, programs to continue and discontinue, and – most importantly – finances. The two then divided responsibilities.

“We agreed that Krishna would explore fundraising, and I would think about program ideas,” says Gopal Guragain, the elder sibling who is the executive chairperson of Ujyaalo Multimedia Pvt. Ltd.

Having done some collaborative programming with UNICEF Nepal after the 2015 earthquake they made it their first stop. They learnt that the UN agency was interested in an original idea that would creatively help in busting myths, dispelling rumors and providing factual information on Covid-19.

That’s the backstory to Corona Capsule, a radio show in two formats – a five-minute version embedded in the station’s popular news programs and a 15-minute, standalone, version that largely provides audiences a platform to express themselves.

A New Show Is Born

“It was a challenge to get everyone to agree on the name as some feared that it could propagate another myth,” says Gopal Guragain.

“We proposed giving us a chance to prepare a promo to educate audiences about the program itself and to change the name if it did not work.”

The jingle that went on air three days before the show roughly translates as:

The feedback after the first broadcast silenced the naysayers. Among the first comment was one on 10 April by Nepal’s foreign minister Pradeep Gyawali, who tweeted a sentence: “Found the ‘Corona Capsule’ broadcast on Ujyaalo Radio Network interesting and useful.”

The show essentially includes latest information on the pandemic and packages it for easy listening, with experts providing relevant information and advice directly to the audience.

Listening to the capsules today reads like a timeline since the detection of Covid-19 in Nepal.

A capsule about 50 days into the lockdown, had a doctor administering four “doses” of advice on how people with a history of heart ailments need to care for themselves.

In the 19th week it had two doses on maintaining a safe lifestyle until the pandemic was brought under full control. This one went on air around the time some countries, including neighboring India, had begun to relax lockdown rules.

“We wanted to provide important information in right doses, not too little, not too much at the right time because proper medication also requires right sequencing,”

Nepal’s Covid counter had begun ticking faster and had crossed 400 when the 21st Capsule was broadcast.

In a fatherly baritone, 59-year-old Gopal reminded audiences about the count and spent the five minutes on explaining the symptoms – assisted by a skit and a musical recital with messages on symptoms and asymptomatic carriers.

The 31st capsule discussed safe quarantine arrangements and the government’s standards, at a time when media had begun reporting about the poor state of makeshift holding centers where over 170,000 were housed. 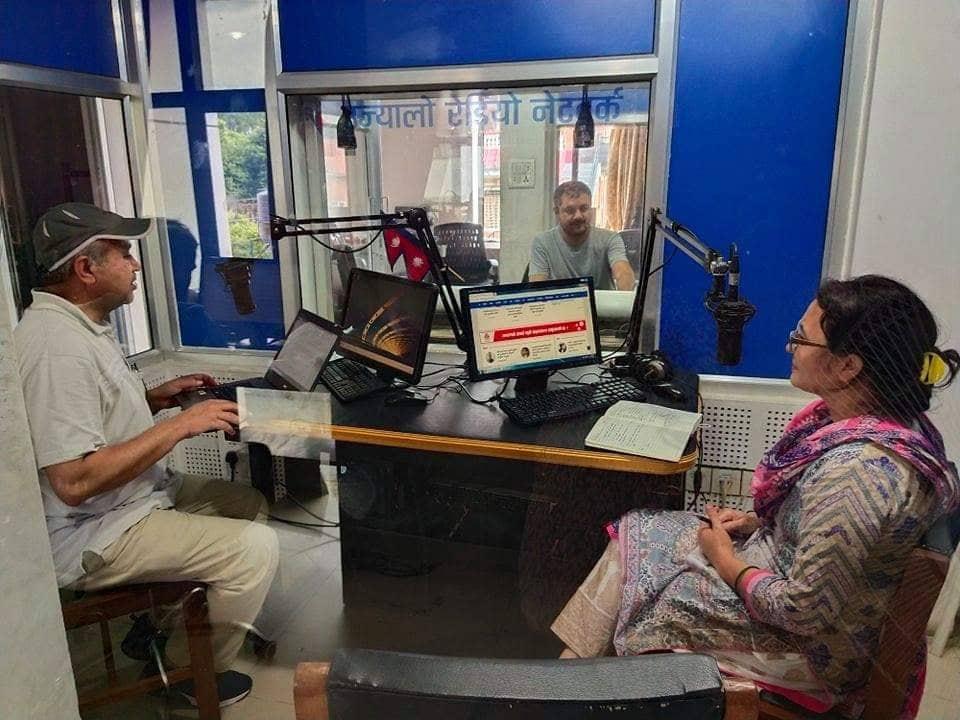 “We wanted experts to provide information directly but in a way that was interesting to listen,” says the elder Guragain.

“It seems to be working.”

“It was timing – perhaps – but this is the first time we’ve received such response to a program within months,” adds Krishna Guragain, Operations Manager at UMM.

Among thousands of comments received by UMM, about 150 were reviewed by this reporter. These included large number of praises or comments or questions to inform the program. A few, however, were still to come to terms with the choice of program name.

Nepal began allowing independent broadcasting in the 1990s and now has over 700 radio stations – big and small – scattered across the country. The Covid-19 lockdown kept people home and this has helped radio to reemerge as an important source of information.

The CIN – a news distribution platform of the Association of Community Radio Broadcasters (ACORAB) – broadcasts the program on over 300 stations, in addition to UMM’s 200 partner stations.

According to Sharecast Initiative, the listenership of radio was about 57% in April. However, analysts say radio audiences have increased sharply during the lockdown as people were confined to their homes, which is also evident in the UMM’s in-house monitoring.

More recent survey reports from Sharecast were not available at the time of writing.

“Our surveys always had Kayakairan, BBC Nepali and Sajha Khabar as the most popular news programs;

now because regular radio listeners have increased, we can say so have the audiences of the programs,”

UMM’s monitoring data also provides some indications of the reach. According to Krishna Guragain, the 45 five-minute capsules on Kaya Kairan had been accessed by 1.5 million people on Facebook in less than four months (over 250,000 shares). The same program on another news show had reached over 1.2 million.

Audience numbers for the 15-minute version are lower (over 642,000 on Facebook). Its content is largely based on audience feedback from three sources – Ujyaalo’s multimedia platforms, CIN Facebook and emails, and questions received in the government’s call center.

The program has three five-minute segments – responses to audience questions by experts, audience views on the situation where they live, and audience comments recorded on Interactive Voice Recorders (IVR).

“So far, we’ve had only two interviews in the studio because of social distancing rules and lockdowns,” says Gopal Guragain. “Production has been a challenge but the results encourage [us] to do more.”

Photos: The only two guests who had visited UMM studio for the recordings.