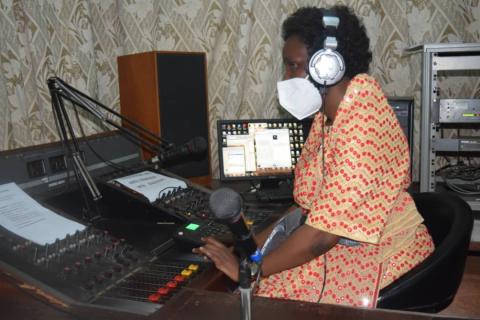 Managing political correctness and manipulation for survival while remaining editorially credible are the key parts of the sustainability strategy for many radio stations in Africa, be they government-controlled or commercial. Those who choose to be defiant usually land themselves into trouble or face closure.

In their recently published CIMA study, "Local Radio Stations in Africa: Sustainability or Pragmatic Viability?", Mary Myers and Nicola Harford sought to investigate how radio stations with a public interest remit move toward financial security without losing their independence to either political pressures or donor organizations awarding them large grants. They discovered that among strategies for continued survival are some constant and inevitable trade-offs, courting politicians on the one hand and maintaining editorial integrity on the other.

The stations studied were Mama FM, Speak FM, Tembo FM, and Voice of Kigezi in Uganda, and Breeze FM, Radio Icengelo, Radio Mano, and Phoenix FM in Zambia. These are community and commercial stations with a public service remit, which means that their broadcasting sets out to improve people’s lives, be it through independent and/or local news, educational programs, public service announcements, social and behavior change messaging, or participatory program-making, offering a voice for the poor, marginalized, and disempowered.

Even though such models don’t attract much advertising and sponsorship from the corporate world, they would still survive through political means.

we want to find a balance but there is a tension between sales and programs.

Those [politicians and political parties] that will pay go on-air, those that can’t, won’t get on air.” Myers and Harford wrote.

Previously powerless and voiceless populations in Africa now have their agendas strengthened via interactive media including radio programming, asserted the University of Cambridge Politics and Interactive Media (PIMA) project. The research, while reinforcing Myers and Harford's findings describes the ways that many radio programs, on which the voices of audience members are heard live on air, are brought into being through ‘sponsorship’ of groups that already have significant power and voice resulting in stations' survival.

These survival tactics, added the Cambridge research, include political parties, foreign aid donors, and local and international non-governmental organizations (NGOs), all of which have incentives to use interactive media as a tool of evangelism – to secure public engagement with, and endorsements for, their preferred visions. Using the case of Zambia, it emphasizes the negotiating strategies that journalists and station owners deploy to secure resources while maintaining space to allow hosts and audience members, rather than solely sponsors, to shape the agenda of on-air discussions.

The Government Is Watching

Most of the station managers interviewed in the CIMA study were conscious of being watched and monitored by their governments. “State House listens to us all the time,” said the station manager of Voice of Kigezi (VOK), Uganda. In Zambia, Phoenix FM staff reported that Ministry of Information officials keep a close ear on their broadcasts:

“Our biggest fear is that we might be closed due to a story falling foul of someone influential,”

Myers and Harford noted some stories of temporary closure or threats of closure by local or national authorities in the recent past as a result of landing on the wrong side of their governments. For example, at Radio Mano in 2016, nearly the entire newsroom was arrested and taken to court for allegedly insulting ruling party officials. Also, in 2016, Breeze FM was “barely 10 minutes into the program when the cadres started throwing stones at the station and making their way to the studio,” recalled station manager Sam Zimba.

“We had no choice but to sneak the opposition party leader out through a back door.”

Different radio stations strive to protect journalistic integrity through strict separation of business operations and production. Also, to avoid situations where journalists are bribed by politicians, they are not allowed to sell airtime.

government advertising can be awarded or withheld at whim.

PEN Zambia Center President Nicholas Kawinga observed that government can influence private companies to take away advertising from media houses that are out of favor,” Myers and Harford wrote. This calls for careful survival strategies by the stations.

Although not part of the CIMA study, Capitalk FM in Zimbabwe, owned by a government media parastatal, recently suspended its station head for allowing a program critical of the state for a recent upsurge of abductions of activists and opposition politicians. However, the station faced a backlash from media and civil society organizations, and there is now a strong campaign against advertising on the station which also fired the previous manager for similar reasons.

Regarding radio stations in cash-strapped environments, Myers and Harford discovered that, for their long-term survival, having well-placed political friends is important for both political protection and as a financial cushion. They found that almost every radio station they studied is close to the ruling party or a powerful opposition politician.

"At Tembo FM, the owner is a former general in the Ugandan army, though he stressed that he remains completely apolitical. Speak FM is backed by an NGO headed by the wife of the main opposition leader, Kizza Besigye,” they wrote, adding that “the managing director of Phoenix FM claims not to be politically connected but has “friends.” Similarly, the businessman at the head of VOK is not overtly politically affiliated, but his business partner is the executive director of the Uganda Communications Commission, thereby wielding a great deal of influence.”

The World Bank best practice communication for development guidelines compel community radio stations to be non-partisan and non-sectarian, reminding that they should be focused on supporting the social development of the communities they serve. It also states that

“no branch of local or central government, no political party or political group, should directly or indirectly control the radio station.

(…) Community radio stations should not be subject to undue influence from donors, commercial interests, and advertisers protection for the station.”

The inclusion of paid-for content in talk shows, notes the CIMA report, might be seen as compromised journalism, while several of the stations argue that they are able to balance the paid-for talk shows with their own editorially independent shows, for which no payments are involved. These, they claim, are much more impartial. For example, at Phoenix FM, the flagship program Let the People Talk is aired twice a week with one edition per week supported by BBC Media Action, a British government agency. It is a live, two and a half-hour talk-show with invited (nonpaying) guests, including government representatives, who answer questions from listeners.

Still, the abundance of paid-for programs and guests may confuse the audience whether they are listening to talk-shows with real questions, or political propaganda.

John Masuku is a Zimbabwean based broadcast journalist and Executive Director of Radio Voice of the People (VOP). He is a fellow of the Center for Media, Data and Society (CMDS) at the Central European University (CEU). John can be contacted on jjwpmasuku55@gmail.com, Twitter @john_masuku