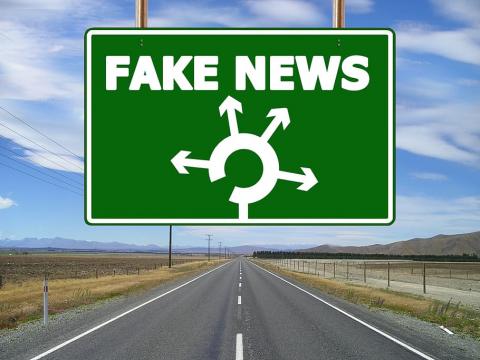 Part I. and Part II. of this article were published by the Georgetown Journal of International Affairs.

NATO Deputy Secretary Mircea Geoana, a former Romanian minister of foreign affairs and ambassador to the U.S., addressing how to respond to Russia’s information war, says the media are “The best weapon that we have against disinformation,” because they can “correct an increasing number of false news stories.” [1] Ideally, that is the way it should be, but in Romania the control exerted over the bulk of the indigenous media by an oligarchy with political and economic self-interest impedes a whole gamut of professional practices. In fact, this reality not only lessens the country’s ability to defend against Russia’s information war, it also encourages a range of domestic disinformation and propaganda practices.

Thus, the necessary deconstruction of Russian disinformation, misinformation, false and falsified news, and propaganda is not fully and regularly accomplished by the commercial purveyors of news, nor by the public media that since 1989 have been controlled by successive governments. The latter media are often mistakenly proposed as panaceas for the ills of the commercial media system, because they are ideally supposed to function free of commercial and political pressures and embrace the ethos of public service.

A less-than-independent media and their inherent shortcomings make prescriptions for combating it, such as the United Nations Educational, Scientific and Cultural Organization’s (UNESCO) Handbook for journalism education and training specifically focused on “fake news” and disinformation, less than consequential in Romania. UNESCO’s handbook, along with similar guides for journalists, provides for no more than contemplated future cumulative effects. That is, when the political, cultural and robber baron-like business atmosphere in which the media function will actually permit their applications. The same can be said of other well-thought out recommendations – for instance, those made by the Center for European Policy, – which, too, are aspirational rather than practical for Romania.

Whereas the Romanian media are a well-known quantity, a better understanding of audiences is still required to enable us to grasp why, aside from low media literacy, “In general, Romanians lack the abilities to cope with the fake news phenomenon,” according to a 2018 study. Of course, in light of the relative failures of the Russian “fake news” factory’s output in Romania, whether this is true or not requires further study.

Overall, the Romanians’ trust in their news is low (35 percent), less than that of the Poles (48 percent), Bulgarians and Croatians (both at 40 percent) and higher than that of Czech and Slovak republics (each at 33 percent) and Hungarians (28 percent). Yet the Romanians’ trust in online disinformation sites for information on world affairs, for example, stands at 37 percent, higher than any of their East and Central European brethren.

The media continue to struggle to find a stronger, more encompassing role in the fight against Moscow’s information war. To that end, the establishment over the last two decades of two institutions designed to study it - such as the Bucharest-based Global Focus Center, and the Informational Warfare and Strategic Communication Laboratory (LARICS) of the Institute of Political Science and International Relations “Ion Brătianu” at the Romanian Academy – increases knowledge and understanding of the issue and magnifies both. However, the mediatization of their findings must be more frequent and extensive, as do the analyses of the EU StratCom Task Force and those of other European institutions dealing with the topic.

The whole of Romania needs to be invested in defending against the information war from the East. Unfortunately, this society’s politicized and corrupt nature precludes the necessary cooperation between the state, governmental agencies, NGOs and other civic society elements, schools, universities, and the media. The government’s attempt to regulate “fake news,” like the decree signed by President Klaus Iohannis in March 2020, augmenting the existing laws against spreading false information, are viewed with suspicion by journalists and media activists who see in them potential weapons of censorship.

Along with other countries in East, Central and Southeast Europe, Romania would first and foremost benefit from ridding itself of corruption and, on the continental level, from sustained support from and collaboration among European Union members to combat Russia’s information war. After all, the Kremlin’s goals of gaining more influence in the above-mentioned regions, if not re-asserting control over some of them, are indeed shared threats. It is the very reason why galvanizing regional and Europewide teamwork is essential, yet largely missing. Furthermore, greater practical support is required from supra-national organizations like the EU and the Organization for Security and Co-Operation in Europe, among others. They could establish regional or in-country teams working on identifying Russian disinformation and propaganda and coordinating responses. A European Parliament Resolution outlines strategic communication to combat disinformation and propaganda together with the European Commission’s plan to deal with online disinformation are well conceived and intentioned projects. However, at present they lend only ideational guidance to the Romanians who are hard pressed to implement them for reasons already identified.

As is the case in other countries, Romania does not have a broad battle plan to counter Russia’s information war and some of the already mentioned prerequisites for its success are missing. Meanwhile, the small handful of media and journalists who every so often effectively identify and counter Kremlin disinformation and propaganda should consider routinely exposing bloggers, trolls, and journalists like Sputnik-Moldova’s columnist who penned the Ceausescu “lived and died like a lion” ode. Indeed, a sort of “perp walk” feature on television screens, Internet sites, and in newspaper pages is needed for Romanians to see those names and pictures, creating awareness of their practices and intent, publicly disgracing them, and any Russian and Romanian media that employ them.

In his 2013 co-authored book - Disinformation: Former Spy Chief Reveals Secret Strategies for Undermining Freedom, Attacking Religion, and Promoting Terrorism (with Ronald J. Rychlak) - Ion Pacepa, a general in the infamous Securitate who defected to the U.S. in 1978, recounts Yuri Andropov, once the head of the KGB and Secretary General of the Communist Party of the USSR, telling him, “disinformation functions like cocaine” and if you take it once or twice “it may not change your life, but if you use it every day, it will make you addicted - a different person." Vladimir Putin and his regime come from a long line of such addicts who established a continuum of practices that arguably began with Prince Grigory Potemkin’s fake villages in the reign of Catherine the Great and led to Lenin and his core Soviet agitation and propaganda methods spelled out in his 1902 pamphlet, “What is to be done?” Now saddled with the intense, wide-spread and highly challenging new version of information war, democracies are forced to urgently ask the same question.

[1] NATO Deputy Secretary Mircea Geoana replied to my questions via email on 27 April 2020.