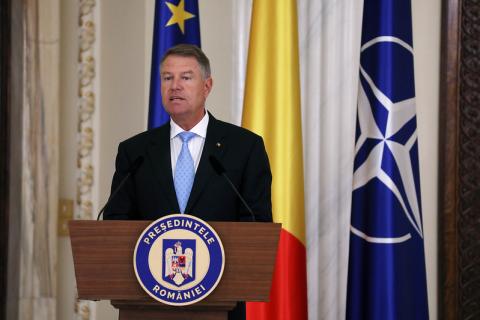 Russia’s information war against NATO and EU member Romania is delivered with both the accuracy of a twenty-first century guided munition and hurled in scatter-shot ways in the hope that it creates confusion, distrust, fear, and ethnic strife, and fabricates anti-Western, anti-NATO, and anti-democracy sentiments.

This article was originally published by the Georgetown Journal of International Affairs on June 11, 2020, and is now republished with their permission.

A 2018 study by the Polish think tank EAST Center and the NGO Ukrainian Prism concluded that Romanians are not easily affected by such bombardments despite the Kremlin’s multiple launchers that take “into account national specificities” and focus “on exploiting political vulnerabilities and institutional and democratic weaknesses.”

Affirming these findings, Mihai Răzvan Ungureanu, a former Romanian Minister of Foreign Affairs, Director of the Foreign Intelligence Service, and Prime Minister, specifies that the Russians “have well grasped the intricacies of the local culture.” [1] He should know, as he and his government were doused by what the Rand Corporation termed the Kremlin’s “firehose of falsehood.” Romania’s political corruption, economic problems, social issues, absence of media literacy, and clientelistic and generally unprofessional media provide the Kremlin’s information war with the wherewithal to try and achieve its goals, creating opportunities of “playing frustration and expectations against reality,” explains Ungureanu. [2]

Ana-Maria Luca, a Senior Researcher at the Bucharest-based Global Focus Center (GFC), is more explicit, believing that “anyone interested in a hybrid war against Romania would be able to take advantage of the social polarization, and of the increasing appetite for conspiracy theories.” [3]  Practitioners of informational deception are also aided by her fellow citizens’ mistrust in institutions and preference for “strong, authoritarian political figures,” she adds. [4]

Nevertheless, sowing anti-NATO, anti-EU, and anti-democracy feelings among Romanians is more than just marginally difficult as eighty-five percent favor membership in the Alliance, and sixty percent have a positive image of the EU. Further complicating Russia’s goals is that, despite their disquietude about democracy’s future, misgivings about their government, and mistrust in the media, “Romanian citizens maintain a strong attachment to civil society and confidence in the freedoms,” according to the 2019 Eurobarometer survey.

Perhaps that is why Moscow is not using democracy and its institutions to undermine the country. Instead, it aims to sabotage democracy and, therefore, the “fake news machinery is doing a far more delicate job in Romania” than in other former Soviet satellite countries, according to  Ungureanu. [5]

The Kremlin’s information war may have the greatest echo among conspiracy buffs, nationalists, religious extremists, anti-Westerners, anti-liberals, anti-Americans, and Russophiles, many of them among the 27.2 percent who are still nostalgic for the communist era. This explains why they are the main targets of Russian information warfare.

Whereas disinformation, misinformation, and false news have few receptive target groups, Kremlin propaganda is confronting a set of additional, seemingly insurmountable obstacles that lead it to forego attempting to motivate pro-Russian sentiments, explains Ungureanu. Ultimately, Romanians are unlikely to embrace “a Russian solution” to problems, or Moscow as a friend, he adds.

The GFC’s Luca agrees that Romanians “in general, do not react positively to attempts at narratives that portray Russia, Putin, and the Kremlin in a good light,” which is one reason why Russian propaganda is “timid.” [6] More definitively, a 2018 GFC study determined that “overt pro-Russian propaganda has little chance of success.”

Romanians have no animus towards Russians but have good reasons to distrust Moscow and consider it a continuous threat. They remember the nesti’s (the bear’s) predilection for overstaying its welcome—Soviet troops finally left Romania in August 1958—and its exploitation of the country, namely the Soviets’ looting and stealing in the years after they drove the Nazis out in 1944. They became an occupation force, which, together with the KGB, played an active role in installing a small, marginal communist party in power in 1947.  The 1940 loss of Bessarabia to Russia after the German-Soviet Nonaggression Pact (Molotov-Ribbentrop Pact) was signed is also not forgotten, nor is Moscow’s continued failure to return around ninety-two tons of gold reserves that it has held since World War I when Bucharest shipped it eastward for “safe keeping,” along with other treasures.

A demonstration of Russian propaganda’s general ineffectiveness was its outright failure to successfully advocate on behalf of the Social Democratic Party (PSD) during the 2019 Romanian presidential election, which saw  the incumbent Klaus Iohannis handily defeat his PSD opponent, Viorica Dăncilă.

Another example of failed propaganda was the Russian embassy testing Romanian public opinion in December 2018 as the seventy-fifth anniversary of the end of World War II approached. Luca highlights how a Facebook post meant to dispel the “myth” that Soviet troops during and after the war raped and otherwise abused civilians “turned out unsuccessful.”.

The claim that removing “from mothballs the myths about the atrocities of Soviet soldiers – Europe’s liberators from fascism” is reminiscent of Joseph Goebbels’s Nazi propaganda. The embassy’s communique said hostile anti-Soviet and anti-Russian propagandists are “trying to convince people that the Red Army was a gathering of thieves and rapists who knew no mercy with the civilian population.” However, Soviet troops did, in fact, rape, loot, and rob Romanians, as they did against citizens of other countries they “liberated,” as affirmed by scholars and journalists like Pulitzer Prize winner Anne Applebaum, who relates the Red troops’ passage through European countries in her aptly named 2012 book, Iron Curtain. The Crushing of Eastern Europe, 1945-1956.

Nevertheless, failure does not deter Sputnik and their propaganda, disinformation, and misinformation partners from blasting away in the hope that it will hit a target. The problem is not only that the Kremlin’s information war is based on half-truths, outright lies, distortion of truth, and hoaxes but that it also generates outlandishly specious propositions. Who could possibly resist accepting the veracity of the notion expressed in a Sputnik editorial that “Russophobia goes hand-in-hand with anti-Semitism?”

The Romanians’ history and experiences with Russia is an organic anti-disinformation-misinformation and anti-propaganda shield whose strength is particularly significant considering four crucial, ongoing problems.

One is the absence of “all the means to discern what is real and what is fake,” explains Ungureanu. [7] The second is that “perceptions are easily deformed in a society still marred by the present consequences of the communist practice of discouraging critical thinking and feeding instead [on] nationalistic myths of great power/secret conspiracies against brave national heroes defending Romanian exceptionalism,” as a 2018 GFC report concludes. The third is the overall lack of media literacy, and the inclination of the majority population to pay attention to the sensational, the exciting, and the entertaining, according to Ungureanu. Lastly, there are “many channels promoting a sort of Romanian nationalist, anti-US and anti-Western mélange,” says Luca. [8]

Other media are largely unprofessional, controlled by corrupt business magnates and politicians, many of their journalists willing to compromise and sell themselves to the highest bidder. They contribute to “spreading rumours, alternative realities and conspiracy theories…which make (sic) the truth hardly discernible.”

Yet, there are those few media outlets, journalists and domestic institutions that track and expose Russia’s information warfare, providing a thin defensive line.

Much more needs to be done to pro-actively combat the Kremlin’s actions. Policy implications and prescriptions for combating the information war are difficult to pin down and must be flexible for a number of principal reasons: Russia’s methods adjust to Romania’s changing socio-political, cultural and economic context, and international relations; the Kremlin’s goals may change over time; media technologies continue to evolve, altering the methods used and the responses that may be available; and the interests, concerns, and the values, beliefs and attitudes of audiences are in flux.

The Center for European Policy Analysis’ thirteen-point list of recommendations, along with those of other works that deal with the subject matter, may serve as a starting point. These recommendations are difficult to implement in Romania given the prevailing socio-political, cultural, legal, and business milieu, the behavior of government institutions, and the larger context of European politics. What is certain is that understanding and vigorously contesting disinformation, misinformation, false and falsified news, and propaganda may be the biggest test the world’s democracies face in the twenty-first century…particularly now when they must defend against the information war waged by both Russia and China.