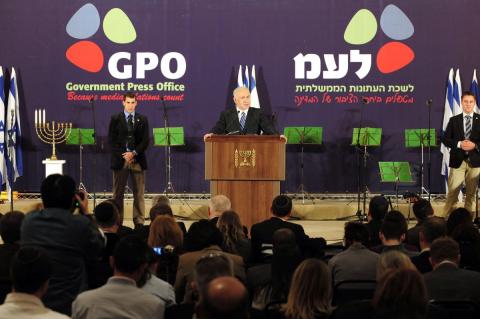 Unusual opacity is the most salient characteristic of the media system in Israel, where the involvement of political figures in media operation raises serious concerns.

At first glance, the Israeli media market seems a diverse mix of old and new, public and commercial, cable and satellite, and increasingly dominant, if not ubiquitous, digital media. But beneath the appearance of this growing diversity, there is little pluralism.

The lion’s share of Israeli media is actually controlled by a small group of owners, about ten wealthy families of media moguls. In fact, most Israeli media enterprises are not standalone businesses but attached to larger conglomerates with businesses in industrial and other non-media sectors, according to a new report on funding journalism in Israel, released today by the Center for Media, Data and Society (CMDS).

Nearly all of the country’s major media assets are privately controlled, often part of larger private corporate structures that, under Israeli law, are not required to publish annual financial statements or make financial disclosures to the government, and fiscal or media regulators. As a result, investigative journalists, analysts and even advertisers in the media market must rely on information leaks and rough estimates of enterprise value, circulation, revenue and income.

What is known though is that most of the media companies in Israel are loss-incurring operations. “This shows that many media outlets are not run like businesses in Israel but are used as tools to promote the interests of various powerful players, both politicians and businesses,” Roni Dorot, the report’s author wrote.

The funding sources in the Israeli media market follow international trends. While these sources are somewhat diverse, the largest chunk of revenue comes from commercial funding (advertising and subscriptions), state funding (public advertisements and direct funding from the state budget), and donations and grants.

The report reflects the volatility of a small market shaken by a dramatic restructuring of public media in 2017, and the 2019 merger of two commercial operators under the Second Authority for Television and Radio. It is not yet clear what impact this merger will have on how the public interest is preserved in the media.

“The Israeli media market is also shaped by the unstable political realities of the Middle East, which produce a security-oriented public discourse of high intensity,” the report states. Military campaigns and wars have a disrupting effect on the advertising market and the entire news industry. In addition, there is an ongoing crisis of print media as it struggles to move online. Digital media see their advertising revenue growing sharply while print advertising continues its dramatic decline.

The involvement of high-placed political figures in the inner workings of media raises fundamental questions about the legitimacy and integrity of professional journalism in Israel today. Recent police investigations into these forms of interference prompted Israel’s Attorney General to recommend charges of fraud, breach of trust and bribery against Prime Minister Benjamin Netanyahu in three criminal corruption investigations.

On the other hand, the growing influence of a group of largely right-wing tycoons raises “serious concerns related to media consolidation, crony capitalism, undue cross-ownership cases and lack of transparency, which are all key ingredients of media capture, a form of excessive control by oligarchic structures and political elites that seems to find a propitious environment in Israel,” the report concludes.

The Funding Journalism: Israel report is part of Media Influence Matrix, run by CMDS through a global research and advocacy alliance, the Media and Power Research Consortium, which consists of more than 50 organizations, including academic institutions, advocacy groups, journalist networks and NGOs. The main goal of this project is to investigate the profound impact that rapid shifts in policy, funding and technology are having on journalism today. Each country report consists of three studies, covering politics and policy, journalism funding and technology.