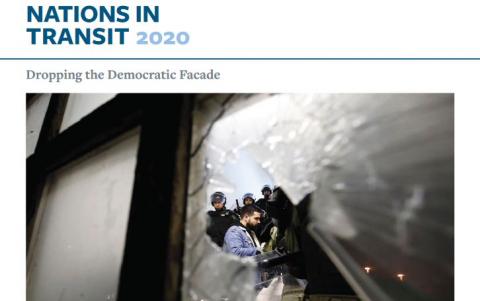 “A growing number of leaders around the world have dropped even the pretense of playing by the rules of democracy,” according to the Nations in Transit 2020 report by Freedom House, an independent watchdog organization. The report was co-authored by our Fellow, Zselyke Csaky, Freedom House’s Research Director for Europe and Eurasia.

These leaders are openly attacking democratic institutions, which “has accelerated assaults on judicial independence, threats against civil society and the media, the manipulation of electoral frameworks, and the hollowing out of parliaments, which no longer fulfill their role as centers of political debate and oversight of the executive,” the report found.

These developments contributed to a stunning breakdown of democracy: there are fewer democracies among the 29 countries Nations in Transit covers than in any year since it was first launched in 1995.