Turning The Mirror on the Next Generation 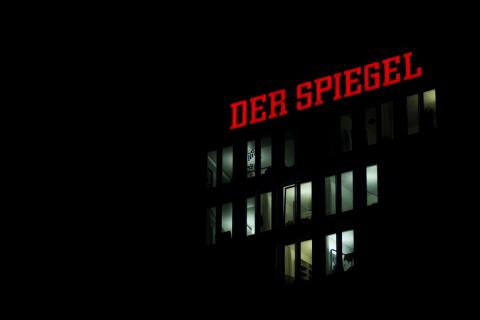 Europe’s leading weekly, Der Spiegel strives to give readers a unique journalism experience, and it wants them to pay for it.

“We have cleaned up, converted, mucked out, and today we are presenting the new digital Spiegel.”

This is how Der Spiegel, a center-left weekly magazine published in the German city of Hamburg, touted last January its newly redesigned digital platform.

As part of a three-year long internal project known as NextGen, Spiegel revamped its operations based on an editorial concept that required a makeover of its website and mobile app. During this overhaul, Der Spiegel, the print magazine, and Spiegel Online, its online news portal, were merged into a single, converged platform.

The purpose of NextGen was to create a space that would combine an “up-to-date by the minute news medium” responding to the increasing demand for realtime news coverage with the publication’s in-depth journalistic coverage, which has historically been Der Spiegel’s distinctive mark, said Christina Elmer, Spiegel’s deputy head of development.

Three Years for a Fresh Start

NextGen addressed the newspaper’s need to rejuvenate its decades-old online infrastructure. Its previous online layout dated from the mid-1990s. For 25 years, all that Spiegel did on its website was to inject some color here and there.

NextGen was a two-pronged process, with one part focused on concept, and the other one on design, which were then gradually tied together.

The goal was to create an all-encompassing, closely knit and interdisciplinary website that would provide readers with easy access to the stories they most look for. Spiegel’s new design is meant to provide more clarity through improved layout consistency and a better distinction between news pieces and commentary.

In redesigning the portal, the NextGen team was guided by two principles: speed and depth. New formats, a flexible layout and a completely new technical infrastructure were introduced to serve those principles.

“How can the layout support both was one of the questions the team tried to address before the launch,”

In practical terms, the idea was to build a portal able to help readers gain in a short period of time a deeper understanding of the topics covered by Spiegel’s news output.

Following the redesign, the platform’s new layout is much simpler, focused on exclusive news, analysis, comments, videos and podcasts, content expected to be the most consumed in the future. By packaging the content into thematic blocks, Spiegel now allows readers to browse more easily through stories and have faster access to analytical background. The portal’s new forum has also been redesigned to improve reader interaction.

All changes were tested on readers whose feedback helped the NextGen team to understand what people like and don’t like. The result is a platform that is first and foremost reader-responsive, allowing users to easily browse the Spiegel news application on mobile devices, tablets and computers.

At least technically, the website has already proved its resilience. During the ongoing Covid-19 crisis, it coped very well with the massive influx of readers looking for updates about the pandemic.

Subscribing to the Future

Der Spiegel (meaning “mirror” in German) is one of Germany’s oldest publications, its history harking back to 1947 when John Seymour Chaloner, a British journalist, and Rudolf Augstein, a German radio operator, established the magazine. Since then, it has grown into a journalism powerhouse, famed for uncovering political scandals and investigating government malpractice.

In recent times, with the rise of the internet and new technologies, Spiegel has grappled, like many print news media across the world, with a steady decline in circulation. In 2019, the magazine sold nearly 705,000 copies a week, a slump of around 30% compared to the year 2010, according to data from the German Audit Bureau of Circulation (IVW). It remains Germany’s and Europe’s largest news weekly.

The German print media market is the largest in Europe and the fifth biggest in the world, according to data from the World Association of Newspapers and News Publishers (WAN-IFRA), a Paris-based NGO. Germans have access to more than 300 daily newspapers, seven of which are distributed nationwide. On top of that, the country has more than 20 weeklies.

Only one title sells more copies than Spiegel in Germany, namely Bild am Sonntag; however, that is not a classic weekly, but the Sunday edition of the tabloid Bild, Germany’s best-selling daily newspaper. Spiegel’s weekly competitors are Stern, part of the media conglomerate Bertelsmann, with sales of roughly 440,000 copies, and Focus, belonging to Hubert Burda Media, with a circulation of some 350,000 copies.

As readers of print media, lured by free, more interactive content, have increasingly moved online during the past decades, most print publishers across Europe have been faced with a massive decline in both their circulations and ad spending. To stop the decline, they had to follow their audiences online.

This transition, however, has been a struggle for various reasons including people’s reluctance to pay for online content (as many readers have the impression that everything on the internet is or should be free-of-charge) and growing competition from a plethora of media that have sprung up online in recent years.

Spiegel has been well-placed to gain from this digital revolution. An early adopter of new technologies, it launched its first website more than 25 years ago. The portal was at the time one of the first online news magazines in the world. Spiegel’s internet platform is now one of the top four news media portals in Germany with over 22 million unique users.

Now, Spiegel wants to turn those eyeballs into subscription cash.

Advertising is still the main source of Spiegel’s financing, but the outlet hopes that its redesigned platform will financially sustain itself through paid subscriptions.

Yet, that will be a tall order.

In 2018, two years after the introduction of subscriptions, Spiegel Online was still generating most of its revenues (99%) from advertising, Jesper Doub, CEO of Spiegel Online, told Digiday at the time. The slow sales were the result of Spiegel’s cautious approach to subscriptions. The publisher didn’t want to alienate readers by asking them to subscribe straight away. It introduced instead a model where individual stories were supposed to drive readers’ interest. Recognizing the need to diversify its revenue streams, Doub said then that Spiegel was aiming for a two-digit percentage growth in subscriptions over the coming few years.

Generating profits through online subscriptions is a challenge for the media industry overall, says Bernhard Odehnal, reporter with Tages-Anzeiger (TA), a Swiss German daily newspaper published in Zurich. TA’s online portal has a subscription model similar to Spiegel’s where some of the articles are only accessible to paying readers.

In Odehnal’s opinion, Spiegel’s new platform is not sufficiently attractive to persuade readers to buy a subscription. Long stories are not digestibly packaged and the clickbait trap, a form of false advertising hidden under a link, is not well circumvented.

Moreover, competition is rife in the field. Most of the prominent German news outlets have some sort of paywall today, charging on average between €13 and €23 a month for access to content. All of them offer readers a spate of subscription options ranging from digital-only to digital-plus-print combos that can be bought in a variety of packages including yearly, monthly or pay-per-issue-only subscriptions.

But with readers becoming increasingly demanding when it comes to content they paid for, publishers are under increased pressure.

First, they have to frequently accept trade-offs. For example, blotting out ads from subscribed content is now a rule in the industry: these days, no publisher will dare to bother its paying clients with commercial content. Second, they have to offer a special experience to their readers by, for example, personalizing the way they interact with content. Some publishers do that, getting inspiration from successful personalization models introduced by large tech companies such as Netflix in film streaming or Amazon in e-commerce.

On the Spiegel portal, in the “For me’’ (Für mich) section, available to subscribers only, users are given reading recommendations based on previously consumed content, which is important because people who enjoy tailored news are likely to vote with their wallets.

“the first step into personalization,”

Journalism That Improves Lives and Societies

Subscription funding is undeniably crucial for Spiegel. But the main driver behind the magazine’s recent modernization is journalism. Spiegel’s new platform was designed first and foremost as an advanced form of production and consumption of journalism where people will gradually learn that paying to get informed can help improve their lives and the society they live in.

It is Spiegel’s mission to lead citizens to make informed decisions through “strong journalism and analytical power,” Elmer said. If it achieves that, the German Mirror can declare the NextGen mission accomplished.

Teresa Geidel is a Master’s student of Public Policy at Central European University.