Criticize and Rule or How to Tame the Media in Georgia 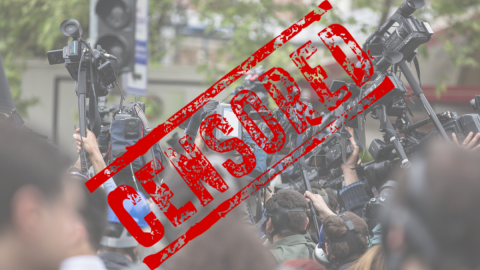 By belittling the role of independent self-regulators and upbraiding the media critical of the government, Georgia’s media regulator hurts independent journalism.

Georgian National Communications Commission (GNCC) is supposed to be an independent authority in charge of licensing broadcasters and making sure they comply with the law.

However, its recent attempts to gain new powers allowing it to meddle with media content, and to politicize the country’s media literacy efforts by hiring government-friendly writers to slam opposition news outlets cast doubts on its independence, raising hackles in the local journalism community.

In a country expecting parliamentary elections this year, such partisanship is worrisome.

Civil society organizations in Georgia criticize the GNCC for trying to grab more regulatory powers by amending the country’s Broadcasting Law. GNCC sent its legal proposal to parliament last December. If adopted, the amendments will allow GNCC, along with the national courts, to handle complaints from citizens about decisions on hate speech content that are usually made by Georgian self-regulatory bodies, granting thus the regulator and the courts unprecedented powers to censor media content. That would jeopardize press freedom in Georgia, media experts argue.

GNCC and local media advocates have disagreed before, but this is the first time when the regulator is trying to take over tasks normally carried out by self-regulatory bodies, said Mariam Gogosashvili, director of the Georgian Charter of the Journalistic Ethics, a local union.

GNCC operates as an administrative agency with regulatory competences in the media sector, including licensing of broadcasters, monitoring of activities by broadcast license holders and prevention of monopolies in the media market, among other things. Regulating hate speech in the media is the job of the country’s self-regulators, which broadcasters are obliged by law to create within their own companies.

As part of an agreement with the EU aimed at harmonizing Georgia’s laws with the rules across the union, the Georgian Broadcasting Law is now being revamped to include the provisions put forward by the Audiovisual Media Services Directive (AVMSD), EU’s main media law whose latest version was adopted in 2018.

Ivane Makharadze, responsible for the AVMSD at GNCC, explained that the changes in the law were made at the recommendation of “high-profile international experts” who argued that self-regulation should be scrapped.

“But the commission considered the concerns of the broadcasters and retained it,”

Nevertheless, the danger of censorship is there.

“In reality, we have never said that the self-regulatory mechanisms are perfect; these mechanisms need considerable improvement,” said Gogosashvili.

“However, it is the legal obligation of GNCC to invest in improving the self-regulation [although] it has never effectively attempted to do that.”

Anticipating such criticism, GNCC in late 2019 launched Mediacritic, a website covering the local media industry that is presented by the regulator as a tool to promote the national media literacy strategy, which as drafted by GNCC in 2018. This strategy is aimed at encouraging Georgian quality journalism and more effectively involving the society in assessing the work of the media.

In reality though, far from addressing questions of journalistic quality, Mediacritic looks like yet another attempt by GNCC to bolster its control of the media.

“No one saw any substantial danger there,”

A closer look at Mediacritic, however, shows a different picture.

The most problematic aspect of the work carried out by Mediacritic is the involvement of government-affiliated experts who claim to independently assess the media.

Guri Sultanishvili, a Georgian philosopher known to be an outspoken supporter of Georgian Dream, the ruling party, is one of the Mediacritic’s writers. In his posts, he overtly attacks the media close to the opposition while keeping mum on the government friendly media. In a post on 20 February 2020, Sultanishvili criticized the abundant media coverage of the release from prison of Vano Merabishvili, a former Georgian prime minister. However, of all media in Georgia, Sultanishvili only shamed Mtavari TV, a broadcaster known to be siding with the opposition.

At Mediacritic, such bias is the rule rather than the exception.

said Mikashavidze, adding that government-sponsored media critics have negligible to no credibility.

Mediacritic operates under the umbrella of GNCC, and is funded from revenues generated by the GNCC. Its writers include dubious public figures such as Zviad Avaliani, an anchor at Obiektivi television channel known to be a mouthpiece of Russian propaganda in Georgia, or Shorena Shaverdashvili, editor-in-chief at Liberali, an online news portal whose political agenda prompted its progressive journalists to leave last year.

Democracy and Media: Both at Stake

GNCC’s drive to increase its powers and control of media content is an ill omen for the future of Georgia’s journalism. The institution risks becoming a repressive tool in the hands of the Georgian state, said Natia Kapanadze, coordinator at Media Advocacy Coalition, a cluster of local media NGOs.

“It is clear to me that GNCC is not free from political influences,”

said Kapanadze. If the GNCC turns self-regulation into an oppressive instrument and at the same time creates a powerful mechanism, disguised as media literacy, to criticize media outlets, “the already broken media landscape and professional spaces in Georgia” will doubtless be further damaged, Kapanadze said.

With parliamentary elections slated to take place in Georgia in the fall, the toxic effects of such politicized regulation on good, objective reporting are not hard to foresee.

Levani Tevdoradze is a student of Public Administration at Central European University.