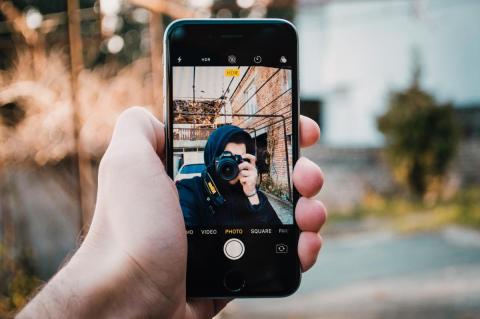 Georgia has experienced a boom in internet and mobile penetration. That's not enough for the country's digital media to take off.

Mainly as a result of slow economic growth, Georgia has been struggling to embrace new technologies. Although internet and mobile penetration have skyrocketed in the country during the past decade, that has not significantly changed news consumption patterns and habits.

“Technological innovation as well as the potential of cheaper internet and massive growth in mobile communications are yet to be fully utilized,” according to a new report about technology, public sphere and journalism in Georgia, released today by the Center for Media, Data and Society (CMDS).

As mobile surfing became more affordable, more than half of Georgians use more than one SIM card, and nearly two-third of them use the internet via a mobile device. Still, media consumption on mobile devices has not increased much, partly because the creation and maintenance of a mobile application is still out of reach for most newspapers.

“Nevertheless, the internet is expected to lead to substantial changes in Georgia’s news media market,” according to the report. News media outlets are moving online and improving their strategies aimed at attracting followers.

The internet market is dominated by a small group of the globe’s technology giants whose business model is based on using local content to generate funding for themselves. “None of that revenue comes back to Georgia’s news media. On the contrary, the media routinely spend money on advertising on Facebook to ensure their content gets visibility on the platform,” Giorgi Jangiani, the report’s author, wrote.

In addition, policies on promoting journalism online are lacking, while the spread of misinformation affects the trust in media, making it extremely difficult for independent journalists to compete as, like in other countries, social networks are used as the main distribution channel for false content in spite of Facebook making efforts to remove hundreds of pages spreading misinformation from its platforms.

“Such initiatives, doubled by improved use of technologies to push quality content, could be the response, or part of it, to some of the many problems Georgian journalism is facing,” the report concludes.

The Technology, Public Sphere and Journalism: Georgia report is part of Media Influence Matrix, run by CMDS through a global research and advocacy alliance, the Media and Power Research Consortium, which consists of more than 50 organizations, including academic institutions, advocacy groups, journalist networks and NGOs. The main goal of this project is to investigate the profound impact that rapid shifts in policy, funding and technology are having on journalism today. Each country report consists of three studies, covering politics and policy, journalism funding and technology.