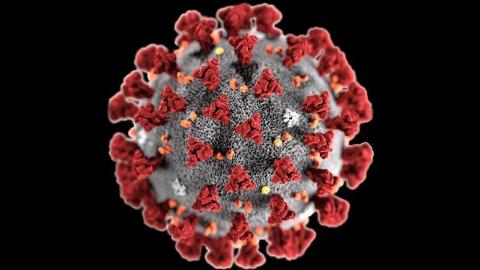 Access to accurate information is essential to fighting a pandemic. However, many governments hide behind the emergency to restrict media freedom.

On January 26, Malaysian journalist Wan Noor Hayati Wan Alias wrote three posts on Facebook. In one of them, Hayati warned about the potential threat posed by 1,000 Chinese nationals that were allegedly arriving in Malaysia on a cruise ship. Little did she know that those posts could land her in jail.

A few days later Hayati was charged on three counts, for causing “public mischief.” If convicted, she may face up to two years in prison.

Hayati is not the only journalist arrested because of the COVID-19 outbreak. Li Zehua, a journalist based in China, left CCTV, the country’s state-owned broadcaster to be able to report freely about the real situation in Wuhan, the Chinese province where the first new coronavirus outbreak had been identified.

Li, who published his videos on various social media channels, was arrested on February 26.

Unknown men visited him while he was chatting on video with a friend; so, his arrest was recorded. Li was one of the three journalists and bloggers who have thus far disappeared in China while reporting about the pandemic.

These were just the first signs that many governments around the world will not only fight the spread of the virus, but also journalists and media outlets, in defiance of calls on governments to support independent journalism during this extreme crisis. Tedros Adhanom Ghebreyesus, the Director-General of the World Health Organization (WHO), the UN agency in charge of health, emphasized several times that accurate, timely information is essential to fighting the pandemic.

"A free press is especially vital during times of emergency. There should be no state censorship or other undue restrictions on the free flow of information,”

Freedom House, a U.S.-based democracy watchdog wrote in a statement.

Nevertheless, as the virus spread worldwide, there was hardly a day in the second half of March without news about restrictions of media freedom in an increasing number of countries, according to reports from the International Press Institute (IPI), a Vienna-based NGO.

Restrictions included intimidations or other forms of harassment that make the work of journalists more difficult if not impossible, arrests and attacks, and legal threats.

Making the Work of Journalists Impossible

In most countries, authorities organize regular press briefings about the COVID-19 situation. Many of them, however, restrict access of undesirable journalists to these briefings. For example, the Nicaraguan government ban independent journalists from its news conferences.

Independent media are not allowed to attend official briefings about the virus in the Philippines either. They can only follow these briefings online and submit questions but only to a moderator, before the briefing starts. Similar measures are in effect in Hungary where official briefings are livestreamed, with questions submitted only before they start. In such a briefing format, not only that questions are filtered by officials, but seeking clarifications or asking follow-up questions is impossible.

Some countries, like Slovenia and the Czech Republic have already announced that these briefings will be discontinued completely.

Other countries took even more drastic measures. China expelled American journalists working for The New York Times, The Washington Post and The Wall Street Journal whereas Egypt revoked the credentials of Ruth Michaelson, a journalist working for The Guardian who was later forced to leave the country.

When harassing is not sufficient, authorities resort to harsher measures.

Journalists Mustafa Ahmet Oktay and Eren Sarıkaya were arrested on March 20 in Turkey for reporting on the outbreak. Two days later, Venezuelan journalist Darvinson Rojas was also arrested, the police asking him to reveal the sources who gave him statistics about the number of patients. In Niger, Kaka Touda, an independent journalist was arrested over his social media posts. Danai Ussama, a journalist in Thailand was also arrested because of a social media post.

Journalists have been also assaulted by the police or by other citizens while doing their jobs.

Tholi Totali Glody, who works for Alfajri TV in the Democratic Republic of Congo, was run over by a police vehicle while reporting on COVID-19. He sustained multiple injuries. Police also assaulted journalists several times in India. They resulted in at least seven injuries.

In Kosovo, a crew of three was attacked and beaten by locals while interviewing people whereas a television crew in Bolivia was harassed and trapped in an indoor market as they were reporting on how quarantine rules were breached.

Italy is one of the countries suffering the most from the pandemic, and journalists are not safe there either. Two of them were threatened with a metal rod in the city of Livorno, and another photojournalist was harassed and robbed in Turin.

Attacks of journalists covering the outbreak were also recorded in Ukraine, Trinidad and Tobago and Kenya.

Many governments, most of which have already been described by political analysts as authoritarian or hybrid regimes, saw in the pandemic an opportunity to further restrict media freedoms. They usually label these restrictions as ways to fight misinformation. However, as experience in some countries has already shown, the first targets of such laws are usually those who criticize the government.

“Criminal penalties for distributing false information are disproportionate and prone to arbitrary application and abuse,”

Freedom House wrote in a statement.

In Russia, federal regulators used the anti-fake news law to censor reports about the pandemic. Some media outlets were already ordered to remove content from their website and social media pages, and threatened with hefty fines.

In Hungary, a newly adopted law allows the government to rule by decree for an indefinite period, harshening penalties for spreading disinformation. Publishing “a false claim of fact or an actual fact in a distorted manner,” which “endangers protection efforts,” is a criminal offense now and can result in imprisonment, according to the new provisions.

The new governmental strategy on communications may be used as the main criterion to decide what can be freely written and what merits a prison sentence, Ágnes Urbán, researcher at Mérték Media Monitor wrote. In a country where high officials dismiss independent reporting as “fake news,” the chances for that to happen are very high.

Romania also passed last March emergency decrees limiting freedom of expression and access to information. Authorities are moving to monopolize all official communication regarding the spread of COVID-19 and take on the power to issue takedown orders for articles and websites accused of spreading “false information” about the pandemic. How “false” is defined is another story.

“The speed and ease of passing such measures is extremely concerning for media professionals and should be for all members of the public,”

Dumitrita Holdis, researcher with the Center for Media, Data and Society (CMDS), wrote.

The list of countries implementing similar measures is getting longer and longer, according to the IPI. In the Philippines, President Rodrigo Duterte signed a bill that gives him special powers including the right to impose prison sentences for spreading “fake news”. The state of emergency in Thailand allows the government to shut down media outlets accused of spreading “fake news.” In Honduras the government responded to the outbreak by suspending the clause of the constitution prohibiting censorship and protecting the right to free expression. In Armenia, the government ordered 22 outlets to remove or edit content on the virus that it considered “incorrect.” Several journalists were also forced to delete social media posts.

“We are witnessing the rise of a new regulatory order that threatens the very existence of independent journalism,”

said Marius Dragomir, Director of CMDS. “All this legal craze will stay with us long after the pandemic ends as governments will try to convince us that this is the new normal.”

Egypt’s media council has also ramped up its efforts to censor information, block websites and prosecute social media users as part of tackling alleged “fake news” about the pandemic. Punitive new measures against “fake news” were also introduced in Bosnia-Herzegovina and South Africa.

In Oman, authorities went one step even further: they ordered publishers to stop printing altogether.

A Plea for Media Freedom

Faced with such developments, international organizations began to worry. Although the pandemic poses a major threat to public health everywhere, forcing governments to implement emergency measures, it must not lead to restrictions of media freedom, they argue.

“The free flow of independent news is more essential than ever in this situation,

both in informing the public on vital measures to contain the virus as well as in maintaining an open dialogue and debate on the adequacy of those measures, which is essential for winning the necessary public trust for them,” Barbara Trionfi, IPI’s Executive Director said. “It is imperative that the health crisis not be used as an excuse to rush through regressive regulations that could affect independent media coverage of the crisis and its consequences, and potentially remain after its end to limit media freedom and silence critical voices.”

Three senior representatives of international organizations, David Kaye of the United Nations (UN), Harlem Désir who manages media affairs at the Organization for Security and Co-operation in Europe (OSCE) and Edison Lanza who serves in the Inter-American Commission for Human Rights (IACHR) issued a joint statement in which they emphasize the importance of the right to freedom of information in emergency situations. They called on governments to provide truthful information about the nature of the threat posed by the virus, refrain from blocking internet access, and make “exceptional efforts to protect the work of journalists.” The trio asked governments and internet companies to tackle disinformation "by themselves providing reliable information.” They said that use of surveillance technologies should be limited.

Supporting the Kaye-Désir-Lanza statement, nine prominent press freedom NGOs also called on European leaders to protect the free flow of information and ensure that fundamental human rights, including media freedom, are guaranteed. They asked authorities to give “full access for media professionals to decision makers and actors on the front line of the health crisis.” Admitting that certain emergency measures are necessary to combat the pandemic, the media NGOs stressed that these measures should be “proportionate, temporary, strictly time-limited and subject to regular scrutiny.”

Whether their warnings will affect in any ways how governments behave is yet to be seen. Recent developments do not offer any reasons for optimism.