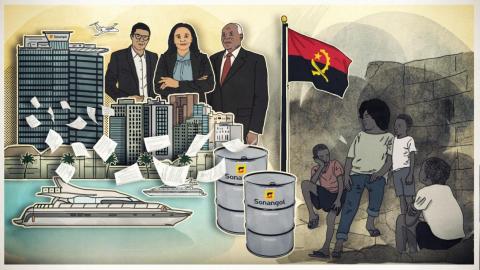 Journalists of the International Consortium of Investigative Journalists (ICIJ) revealed the story of how Africa’s wealthiest woman moved hundreds of millions of dollars in public money out of one of the poorest countries on the planet.

Six weeks after the China Cables, ICIJ published its new project, Luanda Leaks, that explores the origins of the fortune of Isabel dos Santos, daughter of Angola's former longtime president and Africa's richest woman. A leaked trove of financial and business records revealed the inside story of how she moved hundreds of millions of dollars in public money out of one of the poorest countries on the planet and into a labyrinth of companies and subsidiaries, many of them in offshore secrecy jurisdictions around the world.

More than 120 journalists have worked on the story for more than eight months, across borders and continents. Dean Starkman, Fellow at the Center for Media, Data and Society served as senior editor in the project.

“Luanda Leaks is more than a story about corruption in a small African country, it’s much more a commentary for an expose of the global financial system, without which such activities would not be possible. It takes a village of lawyers, consultants and financial advisers to make this kind of wealth transfers possible,”

He was also part of the ICIJ team working on two previous projects, China Cables and Paradise Papers.