Batorfy on Hungary’s Path Toward an Authoritarian Media System 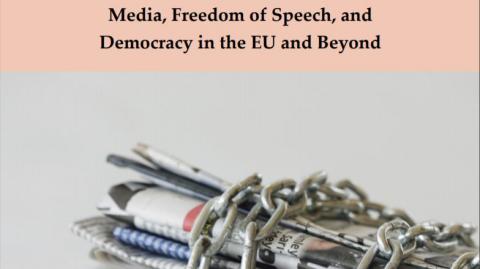 The erosion of press freedom in Hungary is well documented, and the relevant facts are easily accessible to interested international parties, writes CMDS Fellow Attila Bátorfy in his article Hungary: A Country on the Path toward an Authoritarian Media System published by the S. Daniel Abraham Center for International and Regional Studies at Tel Aviv University in the research paper Media, Freedom of Speech, and Democracy in the EU and Beyond.

He describes the Hungarian media system and how the government of Viktor Orbán transformed it using arbitrary methods that drew on administrative/regulatory, financial (state funding-related), and communications instruments. He also shows that Orbán’s authoritarian ideas concerning the media have been apparent at least since his first term in office (1998–2002).

As he argues, while political science offers competing theories to capture the systemic nature of the underlying political structure in Hungary today, theoretical approaches to understanding characteristics of the Hungarian media are haphazard and thus inadequate. He also argues that “the Hungarian media system and its mixed features do not fit neatly into any existing media system theories because these tend to sketch, retrospectively, the contours of dynamically changing media spaces. Acknowledging this could help identify media system archetypes as a result of the examination of the relationship between political power and the media”.