How to Gain a Political Sinecure in Romania: Join a Media Regulator 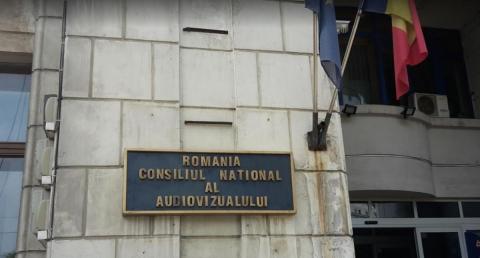 Media regulation in Romania remains an openly political affair where chaos rather than strategy and expertise rules.

Realitatea TV, a Romanian all-news television station, was officially declared bankrupt last April after the station’s reorganization plan was rejected by a local court. It took eight years for the Romanian courts to send the station, whose debts exceed €25m, into bankruptcy. But if you switch on the telly in Romania today, you will still be able to watch the channel. Its website is running as usual. Local experts say that the process of Realitatea’s closure will be long, months, maybe years.

Realitatea TV is not a singular case. Debt forgiveness is common in the Romanian media industry. In the 2000s, the leading channel Pro TV was allowed by regulators to operate in spite of its Himalaya of debt. In exchange, it toned down its critical reporting.

Such habits haven’t helped, turning media companies into political tools. Regulators bear much of the blame for it. They fail to reinforce legislation and, more importantly, lack strategic vision, according to a new report from the Center for Media, Data & Society (CMDS) released today.

“There is a serious lack of expertise in the regulatory bodies and this results in a lack of strategy in managing the field,”

wrote Dumitrita Holdis, the CMDS researcher who authored the report.

Take the National Audiovisual Council, Romania’s broadcast operator. Although its members should be appointed on professional grounds, politics dictates who gets a seat on the council.

“Political appointments are customary and a battle for political representation takes place when new members are appointed,”

The newly created data regulator is also led by people selected on political merits rather than competence. More specifically, political loyalty to the Social Democratic Party has thus far played a key role. Beyond that, nothing seems to matter. For example, the head of the data regulator, Ancuţa Gianina Opre, has been investigated for corruption in her previous job at Romania’s state agency in charge of returning properties confiscated by the communist regime before 1989. Not exactly the track record needed for a regulator’s job.

With such people at their helm, unsurprisingly, the data watchdog began to attack journalists instead of protecting people’s personal data. Using the General Data Protection Regulation (GDPR), EU’s law regulating data protection practices, they want a local investigative journalism outfit to disclose the sources of information that were used in a series of reports about the illegal business deals of the former Social Democrat leader, Liviu Dragnea, who now does prison time.

This is hardly an environment where independent journalism can thrive and no change is expected soon. In a country where it takes nearly a decade to declare an insolvency, media policy is likely to continue on its helter-skelter path.

The Government, Politics and Regulation: Romania report is part of Media Influence Matrix, run by CMDS through a global research and advocacy alliance, the Media and Power Research Consortium, which consists of more than 50 organizations, including academic institutions, advocacy groups, journalist networks and NGOs. The main goal of this project is to investigate the profound impact that rapid shifts in policy, funding and technology are having on journalism today. Each country report consists of three studies, covering media regulation, the state of journalism funding, and technology.

The last chapter on Romania, covering technology, journalism and public sphere is planned to be released in mid-September 2019.