Report: Establishment of KESMA Exacerbates the Overall Risk to Media Pluralism in Hungary 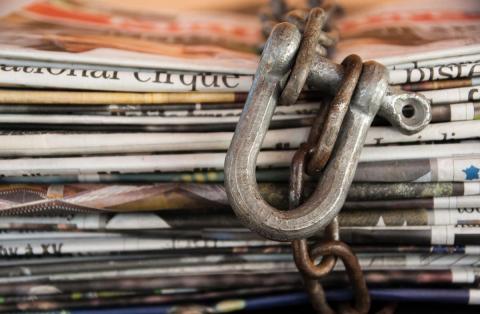 Central European Press and Media Foundation (KESMA) was established in Hungary, and almost immediately, most of the media owners that were considered by public opinion as affiliated or sympathetic to the Hungarian government transferred the ownership rights of their media holdings to it. According to a report by Centre for Media Pluralism and Media Freedom based on the Media Pluralism Monitor, it aggravates the already high risk to media pluralism in the country.

The Media Pluralism Monitor (MPM) is a research tool that was designed to identify potential risks to media pluralism in the European Union’s Member States. The Centre for Media Pluralism and Media Freedom (CMPF) regularly carries out an annual implementation of the MPM in all the EU’s Member States and in selected candidate countries. The MPM 2017 prepared with the contribution of Center for Media, Data and Society is available here.

This new report has been drawn up by the CMPF at the request of the European Commission by way of update to the report on risks to media pluralism in Hungary, published in the framework of the second EU-wide implementation of the MPM (Bognar et al. 2018). In particular, the CMPF was asked to assess whether the establishment of the Central European Press and Media Foundation (KESMA) in fall 2018 amounts to an element of additional risk for media pluralism in the country and whether this additional risk is quantifiable. After its establishment, most of the media owners that were considered by public opinion as affiliated or sympathetic to the Hungarian government transferred the ownership rights of their media holdings to KESMA. To date, KESMA, in effect, gathers the ownership rights of more than 470 different Hungarian media outlets.

MPM2017 had clearly indicated that risks to media pluralism in Hungary are, overall, high. According to the report, he establishment of KESMA exacerbates the overall risk. First, in the immediate aftermath of the creation of KESMA, at least one mass layoff of journalists was reported. Second, “while MPM2017 had already raised concerns with regard to the independence of the Media Authority indicator, which scored a medium risk (50%), the fact that the Media Authority did not have any say whatsoever with regard to the cross media merger in the critically significant KESMA case further raises concerns with regard to this indicator.” Third, “despite the already consolidated horizontal and cross-media concentration of ownership in the country, KESMA, which comprises media outlets from different media sectors (print, TV and radio), further increases the risk level in this area”. Fourth, “with regard to the State regulation of resources and support to media sector indicator, KESMA deepens an already serious problem by consolidating political influence within the merged entity that includes some of the biggest beneficiaries of state advertising.”

CMPF’s assessment builds on the context of the last MPM report for Hungary which was based on 2017 data. The new assessment is limited to the analysis of the establishment of KESMA and does not take into account other developments in the Hungarian media landscape which occurred in 2018. The assessment is based on verified information published by national and international media and by NGOs as well as on information received from the National Media and Infocommunications Authority of Hungary and on interviews with experts, including CMDS Fellow Attila Bátorfy in the field conducted by the CMPF team.