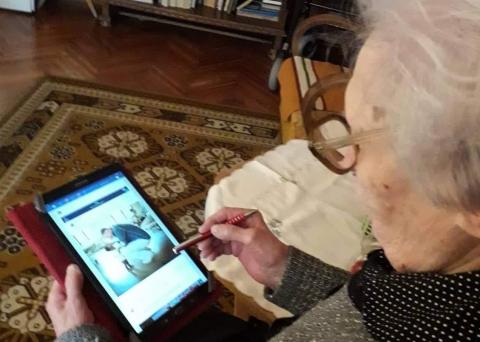 More elderly than ever before use the internet today as the digital gap between generations is narrowing. Expect less depression and fewer shrinks around.

“One day you are left by family, neighbors, and friends [who] died or moved away,” says Marika Puskásné a 98-year old great-grandmother who lives in Békés, a town of some 20,000 people, 190 km or so away from Budapest, Hungary’s capital city.

The internet though has changed all that. Thanks to the world wide web, Marika, who has lived through a lot including losing her husband and one of her children, has been reconnecting with friends whom she has not been in touch with for years, in some cases for seven decades. “Suddenly you are part of your old friends’ and family’s life again as if they were not living hundreds of miles away,” Marika says.

The Ageless Internet Is Here

A former primary school teacher for children with special needs, Marika is familiar with the teaching and learning process. Thus, learning to browse the internet was like a school task for her. Thanks to her grandsons, Tibor and Gergő, she started to get herself acquainted with the internet when she turned 90. Today, she owns a laptop, a smartphone and a tablet. Of those gadgets, her favorite is the tablet, a Samsung Galaxy Tab 3, because it is large enough to help her see clearly. Marika has accounts on Facebook and Instagram, chats via WhatsApp and watches videos on YouTube. Although sometimes Marika still requires help, especially when it comes to technical problems of her electronic devices, internet browsing is a breeze for her. 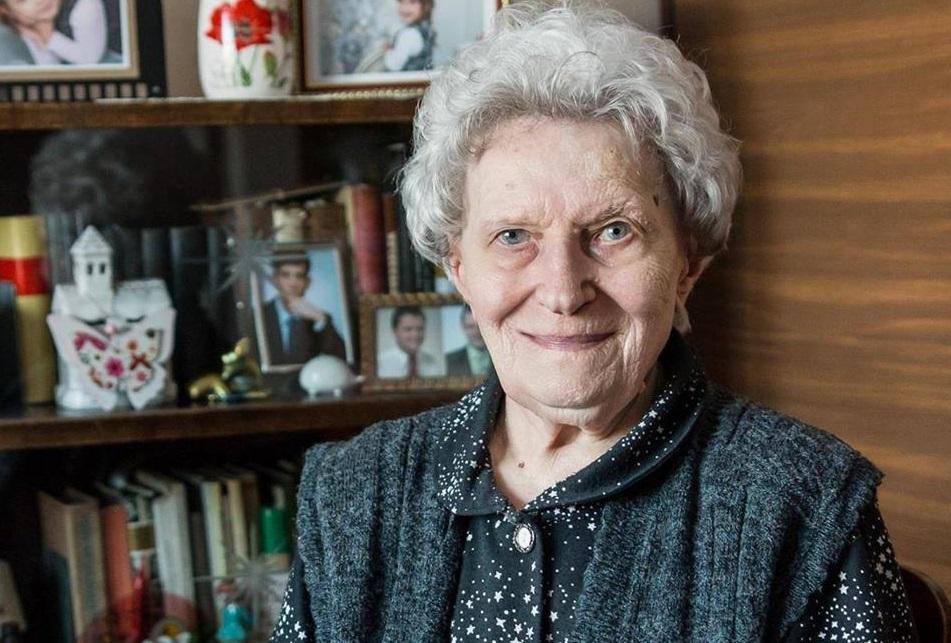 People like Marika are not a rarity anymore: an increasing number of elderly in Hungary use the internet on a regular basis. The generational digital gap has stopped widening, Aranyosné Börcs Janka, director of the National Media and Infocommunications Authority (NMHH), Hungary’s media watchdog, told Dehir, a local news portal. Some 44% of Hungarians aged above 60 used the internet in 2018, a significant jump from 33% the year before. Much of the increase has been fueled by growing smartphone usage. Some 28% of people aged over 60 used a smartphone in 2018, double the previous year’s number, according to NMHH.

Europe sees similar trends. On average, some 44% of Europeans aged 65 to 74 use the internet at least once a week, according to Eurostat, the EU’s statistics body.

But although the age digital gap is slowly closing, mostly the well-off benefit from it while those in need are left behind. Money is the key determinant when elderly decide to go digital, according to an NMHH study released last year. More educated elderly living in areas better served by communication infrastructure are also more likely to start using the internet, according to NMHH.

The Hungarian government stepped in to help those down on their uppers catch up. It earmarked last year some HUF 1.2bn (€3.8m) to fund a program aimed at training some 100,000 older adults, aged 65 and above, to use the computer and internet. As part of the same program, some 5,000 elderly in the same bracket age will be gifted an internet-connected notebook. They will be selected from some of Hungary’s 480 disadvantaged communities.

I Am Not Alone

Living alone is what many old people are dreading. Therefore, they embrace the internet because, first and foremost, it helps them socialize. In Europe, nearly a third of the elderly live alone, according to data from the European Commission. In Hungary, 38.8% of the elderly are on their own, which is one of the highest ratios in Europe. Only in some Nordic countries like Finland and Denmark, and in Lithuania, do the elderly live alone.

Psychiatrists say that social isolation hurts older people, affecting, in particular, their behavior and mental state. Lack of socialization affects the quality of their sleep and often pushes them into depression, according to a study featured in the World Journal of Psychiatry, a leading academic publication.

Another study, carried out by the Italian Association of Psychogeriatrics (AIP), found correlations between the use of social media and lower incidence of memory disorders among the elderly. Roughly half a million Italian elderly use Facebook to socialize, according to the AIP. Moreover, older people who use social media have a 30% less chance of becoming depressed than those who do not use them, according to experts from the Michigan State University. 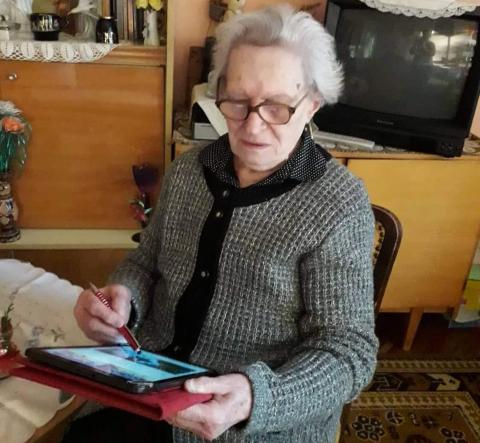 Marika is living proof of all that. A hipbone fracture prevents her from going out much. But thanks to the internet, her virtual travels have no boundaries. She is part of a knitting group on Facebook where she learns new knitting techniques and prepares Christmas presents for family (she has four grandchildren and ten great-grandchildren) and friends.

Since she joined a Facebook community of Mezőberény, a town where she used to live, her life totally changed. “If I want to debate and thoughtful conversation, I just read the posts of my community,” she says. “We laugh a lot, sharing stories and pictures with old and new friends.”

Browsing websites, ordering goods from internet shops or watching her favorite romantic movies online fill much of Marika’s days, making her feel less lonely. She never regrets the day she decided to learn what “surfing the internet” means.

Adrienn Kovacs holds a BA in English Studies, currently she is a 2nd year MA student at the School of Public Policy at CEU.