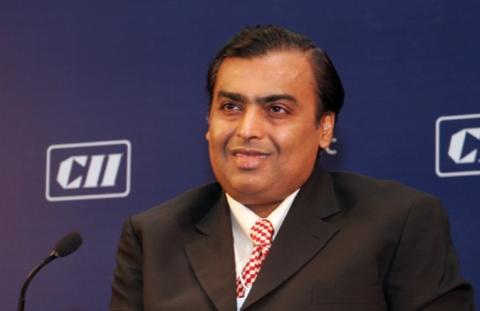 Indian media is grappling with many problems, but the country’s regulators fail to address them. Blame it on politics.

It took the Ministry of Information and Broadcasting (MIB), a key player in India’s media policy, two years and seven months to release public data that had been officially requested in 2015 by TheHoot.org, a website mapping media ownership in India. The ministry said that such data couldn’t be released as it was “third party information.” The ministry’s argument was just tosh as media companies have to reveal ownership data to qualify for a license to operate.

The episode epitomizes the excessively bureaucratic, politicized and clientelistic media regulation in India whose decisions have negative consequences for news media operations, according to a report analyzing the impact of government policies and regulations on Indian media, released today jointly by the Center for Media, Data and Society (CMDS) and Centre for Policy Studies (CPS) at Indian Institute of Technology (Bombay).

“Decision-making in matters related to the Indian media is riddled with political influence, regulatory parallelism and clashes over jurisdiction, involving not only decision-making authorities but also industry players,” wrote Simran Agarwal and Vibodh Parthasarathi, the report’s authors.

Often, doing nothing inflicts more damage. “Decisions to not make regulatory decisions have an equally significant impact as biased regulatory decisions,” according to the report. Threats to media independence in India are manifold, but two stand out: concentration of ownership and the widespread paid news phenomenon (cases of media houses that are given equity in a company in exchange for predetermined advertising space). Lack of regulatory intervention to fix these problems is “extremely damaging for media independence,” according to the report.

Decision-making power in the Indian media regulation is fairly centralized, with the central Government and ministries making the final calls when it comes to new policies and appointments.

The report lists Prime Minister Narendra Modi at the top of the decision-making list. “Narendra Modi follows a centralized decision-making model with significant power allotted to his Prime Minister’s Office (PMO), which includes his secretaries and advisors,” according to the report. Modi has been a vocal advocate of the use of online media for political mobilization, participation and propaganda.

Key influencers in the Indian regulation include Mukesh Ambani, chairman of the Reliance Group of Industries, Amit Shah, an MP and current president of Bharatiya Janata Party (BJP), Subhash Chandra, the chairman of Essel Group and a politician from the state of Haryana backed by the BJP, and Vineet Jain, the managing director of the largest media group in India, Bennett Coleman & Co. Ltd (BCCL), which owns The Times of India.

India’s large and diverse civil society plays a significant role in protecting free speech, but there are very few NGOs that managed to trigger change in the country’s media affairs, according to the report, which is the first in a series of three studies on India. The two remaining reports, one mapping the main journalism funders and the second analyzing the impact of technology on India’s media, are primed to be published during 2019.

CMDS is running Media Influence Matrix as part of a global research and advocacy alliance, the Media and Power Research Consortium, consisting of more than 50 organizations, including academic institutions, advocacy groups, journalist networks and NGOs. The main goal of the research project is to investigate the profound impact that rapid shifts in policy, sources of funding and technology companies are having on journalism today. Each country report consists of three studies, covering politics and policy, journalism funding and technology.