Finnish Journalism Philanthropy: Save the History, Shape the Future 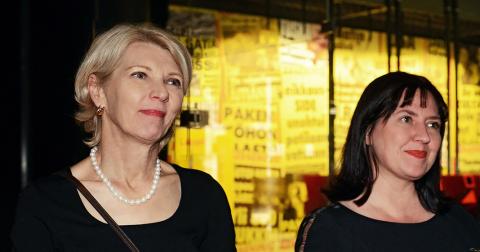 Arguably no single solution can address the numerous challenges that press freedom and independent journalism face today. In response, the Finnish Helsingin Sanomat Foundation, established in 2005, has developed an innovative multi-dimensional strategy and model, offering support to journalists, scholars, media industries, and audiences.

The Helsingin Sanomat Foundation is a major funder of academic journalism and media research that addresses challenges to freedom of speech and sustainability of media industries, including targeted multi-disciplinary calls on current themes. It funds post-doctoral research visits, but also Master’s programs and other educational opportunities for journalists at top universities around the world. 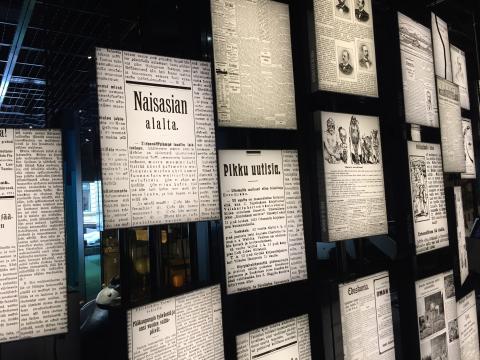 In addition, the Foundation carries on a mission of storing and displaying the history of its founder, the Sanoma Group, a major European media and learning company. Given Sanoma’s roots in Finland, the Foundation archives historical media materials in the Päivälehti Archives and the Päivälehti Museum. The latter hosts events on current trends in media and technology landscape, as well as programs on media literacy. Perhaps the most unique form of support, at least in the European context, is the Foundation’s competition for media innovations, Uutisraivaaja. The contest seeks ideas for developing the distribution of information and creating sustainable business models for journalism.

Ulla Koski, the President of the Foundation, and Saila Linnahalme, the Vice-President, spoke with CMDS about the core philosophy of the Foundation and the responsibilities that funders of quality journalism and supporters of robust media systems have in the “post-truth” era.

Ulla Koski: One major development that pertains not only to journalism, but to societies in general is the increasing loss of trust in authorities.

Saila Linnahalme: Our last, thematic, call focused on the “post-truth” era. We specifically wanted, and invited, applications from a variety of disciplines and fields, from history to law to social sciences to journalists and civil society organizations.

Ulla Koski: This was a thematic call in which we brought together researchers and journalists. Our foundation is focused on journalism and journalists, hence we wanted [this focus] reflected in this project theme. We seek to support journalism education, but to also connect practice and theory in the field of research. This approach was, and is, well received by all stakeholders.

CMDS: Indeed, from the start, your funding portfolio has included scholarships for journalists for Master’s studies in some top tier universities around the world. What is your philosophy about this form of funding?

Ulla Koski: We want to offer opportunities for journalists to internationalize and specialize, often in their mid-career. In fact, we provide funding for their families to go with them, whether they attend the Freie Universtät in Berlin, Columbia University in New York, or Fudan University in Shanghai. Our grantees will engage in research, and that feeds into more cross-pollination between theory and practice. Some journalists even change careers and begin doctorate studies after their grantee period.

CMDS: What are your wishes from the academic and research community in terms of goals: support for freedom of expression and the press or sustainable media industries?

Ulla Koski: We decided we do not want to sit and wait for project applications. Instead, we will invite scholars and other actors co-ideate thematic agendas with us. Currently, we are planning a new round of project applications, titled “Media 2030”. We will ask researchers: What should be studied with a long-term view ahead? What methods should be used?

Saila Linnahalme: The collaborative process of gathering topics and methods will be the phase one. Then we will see which projects would fit into that framework and would warrant funding. We will most likely support five to six projects, and not only financially. Our Scientific Committee and other experts will assist the development of these research projects.

CMDS: How did the idea of risk funding for journalism innovations come about?

Ulla Koski: One of the journalism fellows we funded, Tanja Aitamurto, studied at Stanford University and brought this idea to us. Innovation and risk funding by foundations are more common in the U.S. than in Europe, practiced for instance by the Knight Foundation. It has been a true success story for us. In my opinion, impact investment and risk funding are a form of support foundations should engage in much more than they do right now.

CMDS: Most of your grantees are based in Finland but you are also one of the funders of the UNESCO/Guillermo Cano World Press Freedom Prize. How do you see your international presence?

Ulla Koski: We have chosen to be international from the start, by offering opportunities for Finns to study or conduct research abroad. The UNESCO prize is one of our ongoing international contributions. For two years, we also funded a Finnish researcher who studied freedom of expression while being based at UNESCO. In the future, our aim is to broaden our international activities. If we get brilliant applications from abroad, for projects being conducted in universities abroad, we will consider funding them.

CMDS: You will soon ask researchers for their views on topics for 2030, but how about you as a foundation? Where do you see the Helsingin Sanomat Foundation in 20 years and beyond?

Ulla Koski: While we look into the future, press history is an important part of our mandate. The Archives and the Museum allow us to showcase the history of journalism and the press to young generations of the digital and mobile era. We wish to communicate the value of the press, and the need for its financial sustainability, as a key aspect of a democracy.

Saila Linnahalme: Media literacy will certainly remain one of our core missions. We mentioned in the beginning how the roles of authorities have changed, [and became] eroded. That is not necessarily a bad thing. But with that development comes a certain loss of trust. When we talk about media education we mean sharing the nature and power of quality journalism with young people, depicting its roots as well as its role in today’s society, and in the future.

Ulla Koski has been the President of the Helsingin Sanomat Foundation since 2016 after nine years as the foundation’s Vice-President. She holds a Master’s Degree in Social Sciences from University of Helsinki’s Department of Communication.

With a Master’s of Arts Degree from the University of Helsinki, Saila Linnahalme serves now both as Vice-President of the Helsingin Sanomat Foundation and director of the Päivälehti Museum.