Wanted: Journalists Who Go Against the System 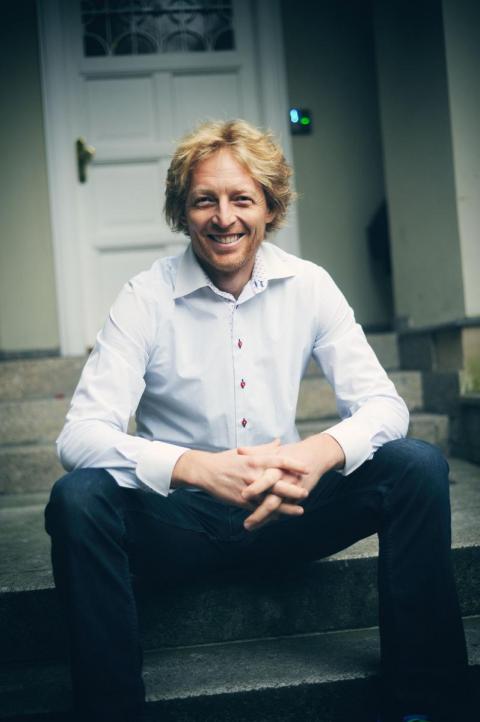 The media in the Czech Republic has been relatively independent since the collapse of communism almost three decades ago. The country has a strong public service broadcasting system, a vibrant and competitive media industry and a public hungry for news and information.

Over the past few years, however, the state of independent journalism in the Czech Republic has worsened dramatically as a handful of oligarchs and political groups have taken over large chunks of the media market. Chief among these problematic figures is Andrej Babis, who is not only the country’s Prime Minister but also the owner of a multi-billion-dollar conglomerate called Agrofert that controls some of the largest publishers in the country including the Mafra media group.

Some of the country’s veteran journalists have reacted to this period of menace. Several news media start-ups have been launched over the past five years, and a batch of local foundations committed to supporting civil society and independent journalism has been established. One of these new organizations is the Karel Janecek Foundation, a charity formed by Czech mathematician and entrepreneur Karel Janecek. Concerned about weak citizen participation in politics and determined to fight the rife corruption in his country, Janecek has invested significant time and money into initiatives that seek to combat some of the most prominent ills affecting Czech politics and society. Journalism, and projects in the field of investigative journalistic that aim to unearth truth and expose wrongdoing in particular, represent part of his philanthropic strategy.

Mr. Janecek spoke to CMDS to share his views about the society he lives in, the dangers that it faces, and the opportunities it should seize. He also told us how journalism factors into his philanthropic enterprise.

There are many changes, of course, and they are global and not specific only to the Czech Republic. For example, this tendency for manipulation and fake news in the media is one. After all, it turns out that it’s profitable to manipulate people with nonsense; and the lack of serious journalism facilitates this. Nevertheless, there is still an independent media in the Czech Republic. The situation is better compared to other countries, including neighboring countries. The major downturn in our country has been the purchase by the Prime Minister [Andrej Babis] of the publishing house Mafra[1], his presence [in the media] and his political interests and aspirations.

CMDS: Are these changes and shifts in the Czech Republic challenging or altering in any way your philosophy about supporting journalism? In other words, did all these developments (for example, the increased manipulation, or the purchase of the publishing house Mafra by Babis) influence how you support independent journalism?

I believe we live in unique times and as a global society we are going through a crisis from all points of view: political, climatic and economic. Historically speaking, these types of crises generally resolve themselves in cataclysmic, conflictual ways. But on the positive side, we do live in an age of technology, of the internet, and in principle, we can better govern ourselves.

[…] So, overall, this means that in these times we either cooperate to shift our values to support conscientious people in leadership or end up in conflict. To respond to some of these challenges, I developed a voting system known as Janecek's Method.[2]

But of course, more has to be added to this [reform of politics and civic participation], be that activism, independent journalism or criticism when it’s due. I think it’s important to have a change in the human behavior, in how one addresses society and how useful we perceive ourselves to be in society beyond monetary gains. If we are successful in achieving a behavioral change, I think we can talk about a resurrection of independent journalism. If not, I think we’re heading towards systems of dictatorship with unpleasant scenarios. But I believe [human behavior change] will prevail eventually.

CMDS: When you decide what media outlets or journalism projects you’re going to support through your foundation, what are your criteria, what do you take into consideration?

What draws my attention are journalists who go against the system, against corruption, and initiatives that are courageous and seek truthfulness. However, I don’t make decisions by myself. I am advised by experts who make recommendations about the best projects that we will consequently support. They do a proper audit and research before deciding to finance [an initiative].

CMDS: We have found in our research that philanthropy is a very marginal sector in the total funding in the media. Philanthropic money in the media is peanuts compared to government spending or commercial sources. However, philanthropy plays a very important role in media and journalism if they find a niche that fits their strategy. Have you found your niche?

Personally, I believe Janecek´s Method is a major contribution to reforming and making political participation of citizens more effective. It could bring a major change in the political system. This influences how we see our role or niche in supporting journalism initiatives. We at our foundation gravitate towards anti-corruption initiatives. We believe it is important to bring such initiatives forward.

Karel Janecek is a Czech mathematician, entrepreneur and anti-corruption activist also known for his works as the creator of the voting system known as Janecek's Method, and the online game President 21. Specializing in optimal control and mathematical finance, Janecek lectured at the Faculty of Mathematics and Physics at Charles University in Prague and authored a spate of research articles in the area of applied stochastic calculus.

[1] Mafra is a Czech media group that publishes print and internet media. It is headquartered in Prague, Czech Republic. Now, it is a subsidiary of Agrofert, a conglomerate that is owned Andrej Babis, the current Prime Minister of the Czech Republic. Mafra owns some of the most popular media in the Czech Republic, including the dailies MF Dnes and Lidove noviny, and the most visited Czech news server iDnes.

[2] The system was developed ostensibly in response to corruption within the Czech political system. As opposed to a single-vote system, Janecek's Method offers voters the opportunity to cast both multiple and negative votes.