Independent Journalism as a Pillar of Peace 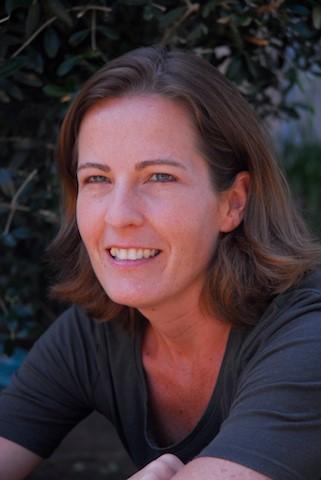 By Marius Dragomir and Ian Graham

Policymakers worldwide are confronting an increasingly global reality. Although nationalist leaders in many countries loudly proclaim that national sovereignty and unilateral action represent the only antidotes for an increasingly chaotic and complex world, the sources of problems like forced migration and climate change continue to defy state borders. Such problems cry out for new cooperative frameworks for action that are global in nature. These forums and processes, however, will require new media consumption and distribution practices that can link an increasingly complex nexus of stakeholders across continents.

This, in part, is the rationale behind the Stanley Foundation’s engagement with media and information issues. Founded in Iowa by American entrepreneur and engineer C. Maxwell Stanley in 1956, the Stanley Foundation has been working to deepen international cooperation on issues related to peace and security for over 60 years. Currently, the foundation funds and implements programs that seek to improve global decision-making on nuclear policy, mass violence and atrocities, and climate change.

Viewing journalism as vital for inclusive processes of global public policy, the foundation has invested heavily in media programming and partnerships. Some ongoing programs sponsor media content and trainings related to the foundation’s key funding areas, while others aim to create space for journalists at major global policy events such as the UN climate talks. In the past, the Stanley Foundation has partnered with the Thomson Reuters Foundation, the Pulitzer Center for Crisis Reporting, and the Earth Journalism Network. To learn more about the foundation’s strategy and priorities in supporting independent media, we spoke to the organization’s Program Officer for Media Programming, Devon Terrill.

CMDS: What do you think are the biggest changes in independent journalism today?

The slow demise of the newspaper industry converging with the rise of digital technologies has disrupted journalism in many ways, but where I see the most dramatic change today is in the distribution and consumption of news and information. Journalists continue to do great work and have shown remarkable resilience in the face of collapsing media business models and technological innovations. But on the distribution and consumption side, as more people around the world rely on mobile devices, social media platforms, and news aggregators to deliver journalism to fit their personal interests, there is a risk of increasing polarization and a narrowing of perspective among news consumers that undermines the power of a strong and independent press. Curated news delivery makes it a little bit easier for news consumers to pluck the information they want from a very complex digital media ecosystem, but it can also easily blur the lines between fact-based journalism and opinion. Social media and citizen journalism further complicate the picture. Losing a sense of where news is coming from, who exactly is producing it, what journalistic practices are behind it, and who is accountable, can weaken the impact of the whole media ecosystem. It can also make the entire ecosystem more vulnerable to the spread of mis/dis-information.

On the bright side, another change I see is a growing openness to both produce and consume “solutions journalism.” When added to the mix of other forms of independent journalism (news, investigative, watchdog), this approach to creating evidence-based stories that focus on responses to challenges and “what's working” can contribute to a better balance and a richer picture of what's really happening in the world, especially when covering critical peace and security issues like the ones that we work on at the Stanley Foundation. In my view this is a very positive and significant trend to watch.

CMDS: Of those, which do you think are the biggest threats to independent journalism in the region where you operate?

The Stanley Foundation focuses on global peace and security issues, so we operate in many regions of the world. I think the way we are consuming journalism today, where fact-based news and information flows together with other streams of social media, commentary, and opinion through mobile devices may be weakening the relationship between the public and the press.  It is harder to build and sustain trust when that relationship is weakened, and ultimately this makes governments and others in power less accountable to the people. For our work on existential peace and security threats (nuclear weapons policy, climate change, and mass violence and atrocities) a free and independent press is essential to holding those in power to account, so we need to find ways to regularly underscore the importance of good journalism.

CMDS: Which of these issues are you addressing through your work?

One area of the foundation's media programming work is underscoring to policy, academic, peacebuilding, and advocacy communities that a free and independent press is a fundamental pillar of peace, and as such, it needs to be supported and defended. Seeing the media as one spoke in an interconnected system can help to encourage investments in the media and can counter threats to journalism. Disparaging the press and undercutting the integrity of the media as a whole is often used as a political strategy to bolster power and discourage opposition. This is nothing new in some countries, but it's new in others, including in the U.S., where the President himself has called the press “the enemy of the people.” The Global Peace Index, the world’s leading measure of global peace published each year by the Institute for Economics and Peace, shows that peacefulness is strongly correlated with a strong press and the free flow of information.  With this in mind, we are always thinking of ways to include journalists and other members of the media in policy discussions and high-level global events that are connected to the issues we care about, not just to report on what's happening, but to contribute to these discussions and ask questions. Through our media programming, we also collaborate with media partners to create workshops, fellowships, symposiums and story labs to support the work of journalists with information, subject-matter expertise, reporting opportunities, and training that they can use to perform their jobs effectively. This is one way that we are contributing to keeping this pillar of peace strong, not only in other countries, but in our own.

CMDS: Which recent developments in media and journalism have affected your work and strategy and in what way?

We have become increasingly concerned with safety issues for journalists and with freelance journalists (both foreign and local) taking risks, especially in conflict zones, to get well-sourced and credible stories without sufficient support. Our media programming sometimes includes safety training or collaborations with media partners who can provide excellent tools and resources to help journalists stay safe.

Also, with many news organizations around the world struggling to find sustainable business models, we know that journalists in developing countries in particular are often left out of multilateral venues where important policy decisions are taking place, like at the United Nations climate summits. For our climate change work, we have adopted a strategy to increase opportunities for journalists in developing countries to report from major global climate summits and get training from seasoned climate journalists on how to cover these summits effectively. This can open new doors for these journalists to cover important developments that directly impact their home countries.

With respect to mis/dis-information disrupting the media ecosystem and fueling confusion, division, and mistrust among media consumers, the Stanley Foundation has been using our strength as a convener to bring together different sectors to identify risks to international crisis stability, in particular with countries that have nuclear weapons. While our nuclear policy team is working on developing policy recommendations to mitigate these risks, the media programming work is focused on helping journalists understand these risks in order to better inform the public and policymakers. We are also encouraging journalists, through workshops, to consider ways that they can constructively call attention to mis/dis-information and their impacts without contributing to greater risks.

Lastly, we have adopted “solutions journalism” in our strategy - specifically for our media programming on mass violence and atrocities. We believe that there are many benefits to creating a better balance in conflict reporting to include what is going right in challenging situations where there is a risk of mass violence. Journalists are eager to report these stories because they move beyond the epicenter of a crisis to explore responses and resilience. When combined with more traditional conflict reporting, the resulting narrative is not only more accurate, but it also gives people the ability to latch onto the things that are working, legitimizing those efforts, and creating more space for constructive and nonviolent solutions.

CMDS: What is your long view on the future of journalism and how do you see it developing in the next decade?

We may be in a valley right now, certainly in the United States and in many places around the world.  Rapid technological change, information overload, fragmentation of audiences, and struggling media business models are putting a lot of stress on journalism.  But information is power, and journalists are resilient. People will continue to want good journalism because bad things happen when that voice goes dark.  That means that journalism will adapt and media consumers will get better at untangling what is quality independent journalism and what is junk news, propaganda, or information warfare.  When what we read, see, or hear doesn’t match the reality we experience, we will get frustrated and we will want that truth to be told. I have no doubt that journalism will be thriving ten years from now, but it will be interesting to see what path it will take.

CMDS: Our research shows that philanthropy is a very small player when it comes to funding journalism compared to governments and companies. However, sometimes, even small amounts of money can help some initiatives get off the ground. This being said and if you agree, what is the niche that you have found in this field that you’re supporting or planning to support?

The Stanley Foundation is a non-partisan, private operating foundation that advances multilateral action to create fair, just, and lasting solutions to critical issues of peace and security. Because we are a private operating foundation, we do not make grants. Instead, we put our resources directly into designing and implementing programming. In my position heading up the media programming for the foundation, I organize workshops, story labs, trainings, briefings, reporting projects, and fellowships for journalists and other members of the media and facilitate media participation in policy-oriented events. Media programming is designed, often in collaboration with outside partners, to foster quality, in-depth, and timely reporting related to the foundation’s current policy priorities: climate change, nuclear weapons policy, and mass violence and atrocities.

We also continue to engage with the Media Impact Funders Group and a sub-group of MIF for journalism funders to discover new ways to support journalism to maximize impact.  Even though we are not a traditional grant-maker, we’ve found many ways, often in collaboration with other partners, to use our media programming to benefit journalists and journalism, more broadly, as an institution.

Devon Terrill is a Program Officer for Media Programming at the Stanley Foundation, where she has worked since 2015 to engage media in advancing shared goals related to international cooperation. Prior to her time at the foundation, Terrill spent 18 years in the television and film industry creating documentaries on crucial social and policy issues. In 2014, she won a nomination for a News and Documentary Emmy for her work on the HBO documentary “American Winter.”

Year of foundation: 1956
Legal status: US Private, Operating Foundation
Countries covered by grants in journalism: The Foundation does not make grants, but it is focused on global issues and participants for media programming in the last two years have come from 55 different countries.
Source of funding: PrivateEndowment
Average spend in media and journalism program: US $250,000 per annum
Examples of work: