Breaking Out of the 24/7 News Cycle 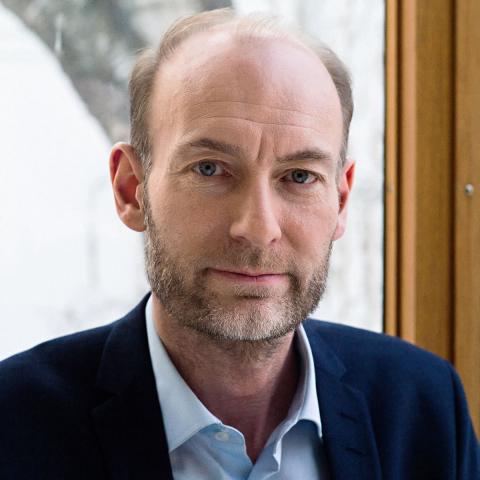 By Ian Graham and Marius Dragomir

A decade of digital disruption and financial hardship have transformed media business models and news consumption habits beyond recognition across much of the globe. This sea change within the media industry has fundamentally changed the types of questions being addressed by foundations and NGOs dedicated to supporting free expression as they have been forced to invest increasing amounts of time and energy into thinking about how to rectify market distortions and failures related to the dissemination of information.

In Norway, the foundation Fritt Ord, whose name translated into English means “Free Speech,” has funded projects that seek to protect the environment for free expression in the country since its founding in 1974. Awards for free expression, support for journalism institutes, and grants for the exploration of topics related to free speech have long represented staples for the foundation. The collapse of the business models supporting journalism over the past ten years, however, has pushed Fritt Ord to become more directly involved in financing newsrooms and in subsidizing stories on crucial topics such as culture that are often the first to be cut when media organizations have to tighten their belts.

The foundation has dedicated a significant amount of resources to better understanding the threats facing journalism in Norway and how they are related to global phenomena. Some of the results of this process of research and reflection include the launch of a new journalism grants program in 2015 and increased engagement with journalists in Eastern Europe and even the Middle East. To learn more about how Fritt Ord is adapting to a new set of challenges to free speech and independent journalism, we spoke with Dr. Knut Olav Åmås, the Executive Director of Fritt Ord. Dr. Åmås is a former journalist and author who has also served as Norway’s State Secretary in the Ministry of Culture.

CMDS: What do you think are the biggest changes in independent journalism today?

For our applicants, it is clear that the increased speed of the news cycle is affecting journalists’ ability to do their work thoroughly. The demands for constant updates and digital platforms that allow for 24/7 publication put pressure on journalists, editors and fact-checkers. Readers have grown used to immediate coverage. The time available for corroborating facts, checking multiple sources and proofreading has gone down drastically.

The sector has furthermore, since the advent of online media, been losing ad revenue and has been scrambling to make up the loss through donations, pay-walls and other subscription models. The number of people willing to pay for online journalism is thankfully higher in Norway than it is in most other countries (30% have paid for news in the last year). At the same time, this source of income has not matched what has been lost, and it has taken time to get readers used to the idea of paying for online news. The intervening years have taken their toll, and the sector had been through a period of downsizing, layoffs and mergers. Many newsrooms have been forced to scale back support systems for journalists, including proof readers, fact checkers and in-house photographers.

Another development has been that new formats are emerging. Journalism today exists on a number of platforms, and the emergence of audio, video, infographics and animation to supplement the written word has opened up a wide array of new possibilities.

CMDS: Of those changes, which do you think are the biggest threats to independent journalism in the region where you operate?

A result of the decreasing ad revenue is new time constraints and resource constraints on journalists. They have to do more with less. This hurts newsrooms and their journalists, but even more I believe this poses a fundamental threat to freelancers. This group is more vulnerable today than at any time in the past couple of decades. Furthermore, the audiences' new reading habits and subscription habits negatively affects journalism. People don't remain loyal to a newspaper anymore. They shop around, or don't subscribe. Many come to journalism through social media, and feel no connection to the source of the story that they are reading. New subscription habits are also problematic. A group of readers also seems less critical of the journalism they read, believing blog entries and stories published on traditional, trustworthy news sites to be of equal value.

Connected to this are the new challenges related to the fragmentation of the public sphere, the polarization of public debate, and the advent of "fake news".

CMDS: Which of these issues are you addressing through your work?

In response to the new challenges, we have established a new grant program for journalism. We fund a number of different types of journalism, but have prioritized grants for investigative journalism, grants for freelancers and grants for local journalism. Local newspapers are often staffed by fewer journalists that can be counted on one hand. They use their grants to hire extra help to cover the normal news cycle for periods of time, allowing previously staffed journalists to focus on more time-intensive stories. In addition to this new program, we have stipends for art and culture critics. This is a direct response to a tendency among news rooms to de-fund their culture sections as soon as their budgets become tight.

We also have an annual scholarship for a journalist to go to Oxford University to research a topic of their choice. Additionally, we collaborate with other foundations on a media training program for journalists in Russia and Eastern Europe and also have awards for independent journalists from these regions.

CMDS: Which recent developments in media and journalism have affected your work and strategy and in what way?

Our new strategy came about as a response to the media crisis of the last decade. Initially, we provided grants for new digital platforms and experimentation with new digital formats, such as video and infographics. We have funded forays into data journalism, the development of new, large databases for publicly accessible yet previously unsearchable documents. This has been paired with conferences for journalists on data journalism, data mining and the management of large datasets. Our new program for journalism grants was established after a working group of experts, selected by us, identified gaps in Norwegian journalism and threats to the sector. Stories on Norway’s relationship to Europe, stories on the effect of global climate change, and the threat to local newspapers were among the factors identified. The resulting report, "Journalism and Democracy", has to a large extent shaped our priorities moving forward.

CMDS: What is your long view on the future of journalism and how do you see it developing in the next decade?

Minute-by-minute news reporting will remain available for free on online news sites. Putting this content behind paywalls will not attract new readers. Quality journalism, however, will. I think we will see more people buying subscriptions, either to read the content from curated news sites that they trust, or from individual journalists that they trust. The relationship between journalists and readers will become more close-knit, and the audience is likely to follow their favorite authors on several platforms and social media channels.

Readers will value conscientious analyses in op-eds and columns. Data-driven and investigative journalism will create debate and engage readers. The long-form format will thrive, but so will larger stories presented in shorter segments that sometimes combine video, audio, animations and text.

CMDS: Our research shows that philanthropy is a very small player when it comes to funding journalism compared to governments and companies. However, sometimes, even small amounts of money can help some initiatives get off the ground. This being said and if you agree, what is the niche that you have found in this field that you’re supporting or planning to support?

We have received feedback that our stipends for arts and culture critics are crucial to the group that receives them. We will definitely continue to prioritize these.

We have seen that a little bit of money can make a big difference in small, local newspapers. With only a few employees, the ability to dedicate one journalist to pursuing a story can be of huge importance to a small community. We have seen how stories on the misappropriation of funds, conflicts of interest, and keystone businesses can have a large impact and really engage readers. Some of these stories have been left unreported on for years, causing tension and distrust in small towns and villages.
Podcasts are a quickly growing medium, invigorating experienced journalists and recruiting new voices in equal measure. In only a few years, listeners have responded strongly, demanding increasingly better content and production value. Creators have responded in kind, and inspired by the podcast boom in English-speaking media, have upped their game and come a long way in a relatively short time. Podcasting has become more professionalized, with some of the large media houses hosting several different podcasts. It has also become a channel for freelancers, albeit one that as of yet has failed to generate a lot of revenue. Fritt Ord will continue to fund podcasts, both those that are completely independent, and those that grow out of more established news rooms and media organizations.

Dr. Knut Olav Åmås is a former Norwegian politician who currently serves as the Executive Director of the Fritt Ord Foundation. Prior to joining the foundation, he was Norway’s State Secretary at the Ministry of Cultural Affairs. Holding a PhD in Media Studies, Dr. Åmås previously held the position of Editor for Culture, Debate, and Research at Aftenposten, Norway’s largest daily newspaper.