The Silver Bullet for Media Businesses: Let the Readers Guide You 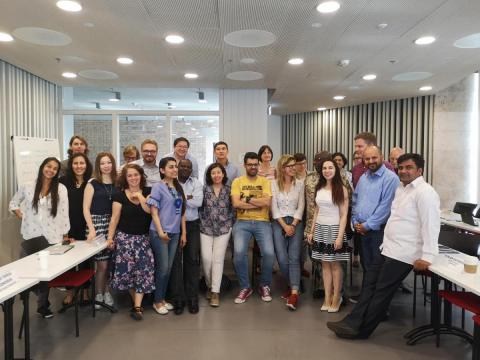 News media across the globe face a daunting crisis of funding as the business models that supported independent journalism for decades have collapsed in the digital age. In recent years, media outlets have seen the advertising revenue they once relied on as their lifeblood siphoned off by tech giants like Google and Facebook. Capitalizing on these losses, governments and politically-aligned financiers in many countries have emerged as increasingly influential sources of funding for media, pledging financial support for newsrooms in exchange for loyalty. Hemorrhaging revenues and fighting to avoid political influence, many independent news outlets have turned to philanthropies to support their operations. This, however, is not a sustainable commercial model for supporting independent journalism that plays a vital role in informing civic dialogue in democratic societies.

Grants Are Not a Business Model

Given its broad scale and implications for democracy, this crisis of funding journalism formed the central focus of CMDS’ 2018 summer school course “Funding Journalism in the Digital Age.” Between July 2 and July 6, participants from 16 countries including Romania, Japan, Nepal, India, Nigeria, and Mexico gathered to discuss the primary impediments to and innovations in sustainable funding for media. The course’s 20 participants came from a variety of fields including journalism, philanthropy, and policy-making, mirroring the diversity of stakeholders currently engaged in finding new business models for independent journalism. CMDS invited experts from philanthropic organizations like the Open Society Foundations (OSF) and the Bill and Melinda Gates Foundation to discuss how their grant-making strategies have evolved to tackle the issue of media sustainability. CMDS Director Marius Dragomir also spoke to participants about the major policy trends underpinning ongoing financial difficulties for media. Additionally, practitioners from pioneering digital media outlets such as Germany’s Krautreporter and Slovakia’s Dennik N led workshops focused on the logistics involved in effectively adopting new paywall, membership, and organizational schemes. 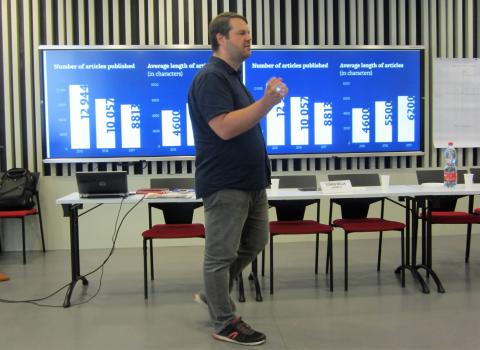 Instructors emphasized that philanthropies and media outlets alike needed to evolve for independent journalism to thrive amid current challenges. Maria Teresa Ronderos, director of the Open Society Program on Independent Journalism, noted that journalists and philanthropists should begin thinking about grants in a more future-focused sense where funds received are considered “capital, equity, or an investment that an outlet will use to become more independent.” According to Ronderos, philanthropy could provide resources for journalists to pursue new methods of generating income such as crowdfunding, revenue-generating events, or membership. In her opinion, these methods not only offer the potential to raise funds for operations in the short term, but they also provide deeper and more responsive forms of audience engagement that are vital for the success of an outlet’s mission and sustainability.

Base Your Business on Readers

The practitioners who led the course's workshops further echoed the importance of this audience engagement and illustrated how it might lead to sustainability in practice. Sebastian Esser, co-founder of Krautreporter (KR), a digital magazine based in Berlin, Germany, said of his outlet’s work: "We don't publish any ads. We publish one thoroughly reported story a day, and we ask readers to become members and pay to support journalism. Membership is our answer to this crisis of funding journalism." Tomas Bella, co-founder of the Slovak Daily Dennik N, further held that "the media is important for democracy and has to be free to investigate whatever it wants. That can only happen if it is not guided by special interests but by the interests of readers, even better when the business is based on the readers."

The course’s discussion-intensive format also allowed for stimulating conversations among participants, many of whom were looking for business models they could adapt for use in their home countries and other media environments. Participant Cristian Lupşa, Editor of Decât o Revistă (DoR), a quarterly magazine publishing stories on modern-day Romania, summarized the essential takeaways from the course in the following list:

#1. The journalism grant-making space is growing, and needs to grow further. More and more local/regional philanthropies should consider supporting journalism - with clear guidelines. They should look at it as one more tool in their arsenal for achieving social change.

#2. Journalists should remember that grants are not a business model. If more than a third of your revenue comes from grants, you might be in trouble. Grants could be great alongside a membership model, or even a good way to buy some time to try one or build one.

#3. Digital advertising is not the future - unless you are Google or Facebook, who are eating more than 80% of that pie, and growing. Everyone, everywhere is competing for a decreasing amount.

#4. We need to acknowledge that the idea of many media start-ups in the past decade to reform the preferential (and occasionally corrupt) practices of advertisers and media agencies was naive.

#5. Teach others - potential donors/the public - about your journalism. The how, and the why especially. Don’t expect that they understand how it’s all done.

#6. Learn how to measure and track impact. Not clicks, not reach, but the outcome your stories have on people’s lives and the world at large. Then use those metrics to make a case for funding.

#7. Hire developers. As many as you can pry away from the hands of IT companies that pay them good money. They can help build the systems that put media on the road to sustainability.

#8. Try subscriptions or memberships rather than donations. It’s the more responsible business choice and a more solid commitment to your public.

#9. Do an inventory of your revenue streams: ads, subscriptions, donations, events, second businesses, everything you have tried thus far. Make a note of what has not worked (and why), what kind of works, and what works/has worked best. Look at your data. Do more of what works.

#10. Don’t engage in (too many) projects you can’t afford or that don’t cover their own costs.

#11. Get your teams to understand the revenue streams and their contribution to the financial aspect of the operation. Especially if your main sources of revenue are memberships/subscriptions, shape the culture of work around this understanding: everyone’s job is to make journalism or help make journalism that converts readers into members/subscribers. If you can, show them what that means with actual conversion numbers.

#12. Especially for online memberships, 3% is a dream conversion rate. 2% is a success. You’re even OK with 1%. When you draw your conversion funnel, focus on one part at a time — maybe it’s the total number of readers you want to attract this month, maybe it’s conversion of trial-period buyers the next.

#13. Are you listening to your audience?

Ian Graham is an intern at CMDS with a Master’s in Public Policy from Central European University (CEU). He specializes in media development, with a particular interest in good governance and anti-corruption. Prior to attending CEU, Ian was a researcher at a Washington DC-based foundation focused on strengthening democratic institutions and civil society around the world.