News Aggregation and the Reform of EU Copyright Law 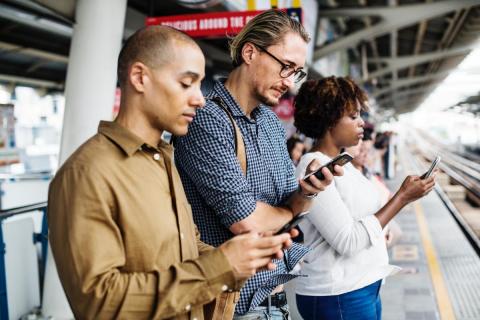 Aggregators of news content, such as Yahoo News and Google News, entered the online sphere around the turn of the millennium. Their business vision has been accommodating the changing habits of the “news consumers” who started to increasingly rely on the Internet to get local and world information, at the expense of traditional print, radio and TV sources.

From the consumers’ perspective, the practice of news aggregation enhances not only the quantity, diversity and reliability of information, but also the reader’s comfort: the vast amount of sources are made easily accessible thanks to their categorization by topic, chronology and popularity, and to their traceability by keywords.

Simply put, these aggregation platforms may be seen as prototypes for “digital newspaper kiosks”, with one main difference: the content provided by online news aggregators is not as complete as newspaper articles. News aggregators essentially rely on content published on the websites of press publishers. Indeed, they limit themselves to gather titles, brief summaries or short excerpts (so-called snippets) of published articles.[1] This can lead either to lower demand for news content in the traditional (analogue) formats or, on the contrary, to can stimulate the market for news by prompting readers to buy the newspaper or subscribe to them online if they want to have a complete product.

From the viewpoint of press publishers, online news aggregators are mostly seen as parasitic free-riders. Afraid of the potentially dramatic impact on their businesses, publishers have so far managed to influence the policy narrative to their advantage by emphasizing the damages that news aggregation has had on their operations.

Nevertheless, not all press publishers feel under threat.

The positions of big corporations on the one hand, and of publishers with smaller market reach on the other hand, differ substantially. The former are more likely to face losses due to the partially substitutive nature of news aggregations and the opening up of competition; the latter are more apt to benefit from these practices by having their content promoted free of charge or by gaining facilitated access to the market. Nevertheless, claims of large publishing companies have successfully influenced the EU legislative process. They managed, indeed, to bring forward a call for a new exclusive right on press publications to be compensated for the losses caused by the digital environment.

The German and Spanish Cases

In absence of an ad hoc provision on news aggregation under EU copyright law, the Directive 2001/29/EC, known as the InfoSoc Directive (so far, the only EU legislative act covering a broad and cross-sectoral spectrum of substantial copyright issues), has so far played a central role in the practice of news aggregation. In particular, Article 5 of the Directive provides for the famously called “copyright exceptions”, which enable Member States to label some content “free” from copyright protection, under specific circumstances. Among these, national legislators can (yet, are not obliged to) allow journalistic content about current events to be used without any authorization,[2] if such content could pursues an “informatory purpose”, a concept whose scope has been recently addressed in a preliminary ruling filing to the European Court of Justice.[3] Simply put, the InfoSoc Directive gives Member States the opportunity to make news aggregation exempt from copyright law allowing for headlines and snippets of newspaper articles to be copied and shared with the public online for the purpose of informing the citizens.

However, what happened so far in the national contexts, is quite the opposite.

Germany and Spain are particularly worth a closer look as they paved the way towards the introduction of a new ancillary right to press publishers over the content they release online. France, Belgium and Italy also considered introducing similar ancillary rights, but have not enacted any law in this direction yet.

In 2013, by adding three new articles in the German Copyright Act, the German legislator has granted press publishers enhanced protection by way of a new ancillary right. Thus, media publishers have become entitled to exclusively use the press content they produce for a period of one year from the date of publication. Every use of this content – except for the use of “single words and very small text snippets”[4] – must be authorized by the publisher, hence paid for, unless the media publisher decides to waive this right.

Similarly, in Spain, specific protection was granted in 2015 through a statutory compensation system. According to the new law, news aggregators using “non-insignificant fragments” of press content shall pay a compensation fee to the Association of Editors of Spanish Dailies (AEDE), which in turn will distribute the income to press publishers.[5] Under this regulatory model, no press publisher could opt out and allow news aggregators to freely dispose of headlines, quotes and short summaries of their published articles, without paying the fee imposed by the law.

The developments in both Germany and Spain have triggered heated debates and strongly polarized positions in the legal doctrine and the public media. On the one hand, big corporate publishers defended the idea of news publishers’ right, mostly pointing their fingers to the “illegitimate profits” of news aggregators and Internet giants such as Google.[6] On the other hand, small publishers timidly expressed their reservations against the idea of press publishers’ right.[7] Experts of copyright law jointly criticized it[8] whereas the civil society raised its voice in defense of a free and pluralistic internet.[9] Finally, Google News has ceased its activity in Spain. All these arguments and concerns have set a solid ground for an ongoing debate on how the EU legislator should intervene and how the practice of news aggregation should be uniformly regulated in the Union.

The EU Copyright Reform: What Will Change?

On 14 September 2016, the EU Commission chaired by Jean-Claude Juncker launched the so-called EU Digital Single Market Strategy, which lists among its main objectives the modernization of copyright rules in the EU for a facilitated cross-border use of and a wider access to created content.[10]

The reform package consists of several directives and regulations, including a specific directive on copyright rules in the digital environment. Article 11 of this proposed Directive is one of the most debated provisions as it introduces specific protection for the press publishers against unauthorized digital use of their content.[11] According to the draft version approved by both the Council’s Permanent Representatives Committee (COREPER) and by the European Parliament Committee of Legal Affairs (JURI), press publishers will be granted an ancillary right based on the German model: they will be exclusively entitled to dispose of their news content for five years[12], during which time hyperlinking and compilation uses by news aggregators will need to be licensed.

Such provision, seen by experts as an ad hoc “shield” against news aggregators, represents another attempt to stretch the scope of copyright protection, in line with the general evolution of the legal institute at both international and EU levels. The underlying rationale of the proposed media publishers’ right, as well as the whole process of expanding copyright protection, mirror the interests of publishers and producers who traditionally see copyright as a way to recoup their investments.[13] Today, more than ever, when markets are increasingly shifting to digital platforms and creative content acquires new value via its online use, the distribution of financial returns has become heavily imbalanced. Reforms of copyright regulation, such as the Directive in question, clearly aim to “tame” these market disproportions.

Numerous studies have been carried out about the effectiveness of the ancillary right of press publishers in Germany and Spain. A slew of legal and policy opinions has been written both pro and against the proposed EU provisions.

Some questions will find answers in the legal doctrine and case law, especially those concerning definitions (e.g. how short a “snippet” shall be to fall under the provided exceptions: only one word, two or three?) and the enforcement of the new rules.

The two big questions that are likely to arise are the following:

To answer these questions, a new body of applied research is needed.

[1] A concise explanation of the modus operandi of news aggregators is provided by Kimberly Isbell, “The Rise of News Aggregators: Legal Implications and Best Practices”, Berkman Center for Internet and Society Research Publication No. 2010-10, 30 August 2010, available at http://cyber.law.harvard.edu/publications.

[2] Indication of the original author of the used content shall be nevertheless always provided, unless it is impossible to track (i.e. in the case of so-called orphan works). Art.5(3)(c) of the Directive 2001/29/EC of the European Parliament and of the Council of 22 May 2001 on the harmonization of certain aspects of copyright and related rights in the information society.

[9] New movements were launched, such as the Spanish “Coalition for Internet” (http://www.coalicionprointernet.com/) and others expressed disagreement with the idea of a new press publishers right, such as Communia (https://www.communia-association.org/2016/12/14/commissions-proposal-new-rights-press-publishers-terrible-solution-good-no-one/).

[10] European Commission, Communication from the Commission to the European Parliament, the Council, the European Economic and Social Committee and the Committee of the Regions, “Towards a modern, more European copyright framework”, COM(2015) 626 final, Brussels, 9 December 2015.

[12] The proposal has seen several changes in the duration of the right throughout the legislative process, swinging from twenty years to ten years, to one and to the compromising term fo five years.

[13] It is worth recalling, among others, the success of UK publishers back in 1956 in obtaining an exclusive right, lasting twenty-five years, over the re-publication of works belonging to the public domain. See Rita Matuliontye, “The Proposed Press Publishers’ Right: Five Historical Lessons to Learn”, Kluwer Copyright Blog, 19 April 2018, available at http://copyrightblog.kluweriplaw.com/2018/04/19/proposed-press-publishers-right-5-historical-lessons-learn/.