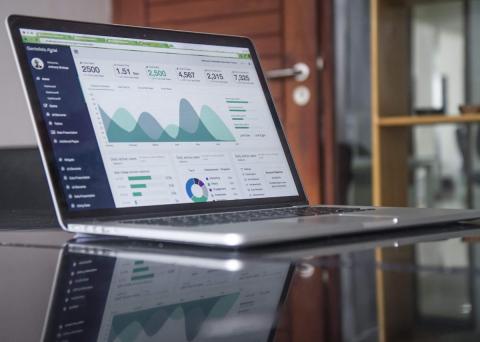 Glancing through the financial news in February and March 2018, readers might be forgiven for concluding that the world’s two largest advertisers, Procter & Gamble (P&G) and Unilever, had just launched an open rebellion against the social media industry.

In February, Anglo-Dutch consumer goods company Unilever announced that it would no longer unreservedly promote its products on divisive social media platforms that had failed to combat fake news, election meddling, and viral xenophobic content. Individual outlets were not singled out by name, but they probably didn’t have to. The statement’s subtext implicated Facebook.

Just three weeks later, American consumer goods giant P&G revealed that it had slashed its digital advertising spending by US$ 200m, a blow to platforms like Facebook that derive 97% of their revenues from online advertising. With mere weeks separating these two public statements, many wonder what motives underpin this public censure of social media and whether the socially-conscious tone adopted by consumer goods firms would foster greater social responsibility benefitting advertisers, consumers, and society alike.

Spending a combined total of US$ 20bn on advertising annually, P&G and Unilever are customers that tech giants like Facebook and Google cannot afford to disappoint. Unilever spends roughly a quarter of its yearly US$ 9.5bn marketing budget on digital ads promoting flagship brands such as Dove soap, Lipton tea, and Axe body spray. Similarly, 2017 saw P&G spend US$ 10.5bn on marketing labels such as Crest toothpaste, Tide laundry detergent, Duracell batteries, and Bounty paper towels.

Despite Unilever’s appeal to broader social responsibility in its rebuke of social media platforms, it seems likely that doubts about the effectiveness of digital advertising motivated both Unilever’s and P&G’s recent statements. In 2017, Unilever’s Chief Marketing Officer Keith Weed asserted that ad fraud posed a large problem for digital advertising as the statistics for ad views provided to advertisers were certainly inflated by clicks from online bots. Further, P&G chief brand officer Marc Pritchard has recently questioned whether digital ads really produce results in consumer behavior given that video ads on mobile devices are viewed for an average of 1.7 seconds.

Beyond generally questioning effectiveness, both Unilever and P&G have firmly asserted that social media platforms must adopt uniform metrics and standards for ad views. Otherwise, neither company can vindicate their digital ad spend. Pritchard has been insistent that all platforms must accept a strict standard determining how many pixels of an ad must be visible and for what length of time to constitute a “view.” Similarly, Weed has complained that companies like Facebook and YouTube have so far refused to provide metrics and analytics tools necessary to compare ad performance between platforms and different types of media like TV and print. Neither company will continue to accept this status quo.

So, will all this high profile discontent produce more social responsibility in digital advertising or on social media? Dipayan Ghosh, a Fellow at New America and a former privacy and public policy advisor at Facebook, suggests that we might have to wait for quite some time to for any reforms to take effect.

According to Ghosh, recent pressure has likely left social media platforms searching for diverse ways to better serve customers like P&G and Unilever. In the past this has meant adopting more expansive data collection practices to target users and provide information to advertisers.

Ghosh points out that both Unilever and P&G are rather unique firms. “They are both multinational conglomerates that develop retail products sold primarily at brick-and-mortar establishments that neither they nor platforms like Facebook have any direct control over.” As such, if social media companies are to win back or retain Unilever’s and P&G’s business and meet their demands for sufficient data, they must work with third party vendors to connect ad views to sales.

How do social media platforms do this?

The answer might not be optimal for broader society. Ghosh explains that “it is now standard practice for social media platforms to use various off-platform tools such as location tracking from cellphones and purchase sales data to try to establish that it was the digital ad view that led to a given product being sold in a physical establishment like the local grocery.”

As such, it is entirely possible that platforms might now be focusing less on preventing “fake news” to bring Unilever back into the fold, but instead will spend more time and resources doubling down on expansive and elaborate data collection strategies that could compromise users’ privacy.

That is likely to please big players like Unilever and P&G, but the price could be paid by users on social media with even more privacy lost.

Ian Graham is a Master’s candidate in Public Policy at Central European University (CEU). He specializes in media development, with a particular interest in good governance and anti-corruption. Prior to attending CEU, Ian was a researcher at a Washington DC-based foundation focused on strengthening democratic institutions and civil society around the world. He is a student in the CMDS practicum course taught by Marius Dragomir.