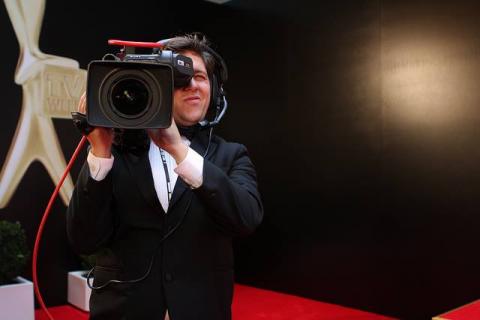 Public service media (PSM) institutions around the world exist in challenging conditions: not only do the commercial counterparts claim that PSM is distorting the market, governments are increasingly meddling with content and tightening financing for these institutions. This is an alarming trend in times of viral misinformation, filter bubbles, distrust of media, and global political and economic turbulence.

PSM should be the institutional harbingers of universality and public interest media: principles that bring people together.

But do they play that role anymore? Can public service media institutions survive these tumultuous times?

Shrinking platforms for public debate and diminishing support for media as a public good are challenges that CMDS is currently addressing. The Public Media Speakers Series launched in March 2017 is part of these efforts. The goal of this series is to go beyond conventional academic analyses of public broadcasting and showcase visions, as well as concrete strategies and tactics, of the roles public service media should play. The series addresses issues that include management and governance, policy, and journalism in public service media, as well as strategies to advocate for the protection of public service media from political pressures.

CMDS is running this series in cooperation with RIPE@GLOBAL, an influential global network of academic researchers and strategic managers with expertise in every relevant dimension of public service media. RIPE was established in 2000 in Finland and is a worldwide community today. One of RIPE’s core projects is the development of a Global PSM Experts Network, featuring an open access expert roster and active social media community of academic and applied researchers of public media.

“RIPE is committed to collaboration in curating these important conversations about the present, and ultimately the future, of PSM,” said Gregory Ferrell Lowe, Professor of Media Management at the University of Tampere (Finland) and RIPE’s Continuity Director. “We need multi-stakeholder views and involvement to build better understandings of the challenges and their different manifestations around the world. That is a firm foundation for collaboration.”

The series kicks off on March 2, 2017 with Jawhar Sircar's public lecture: Public Broadcasting in India: Success and Failures. The lecture is organized in cooperation with the CEU South Asia Research Group.

Minna Aslama Horowitz is Assistant Professor in Mass Communication at St. John’s University in New York, and the manager for RIPE@GLOBAL. She holds a Ph.D. from the University of Helsinki and has taken part in several international research activities in the past decade, including comparative work based on the Open Society Foundation’s global Mapping Digital Media project (2009-2013). Her recent research includes conceptualizing participation in the web 2.0 era, public service media and citizenship, communication rights, and collaborative research design. In addition, she is especially interested in new forms of collaboration emerging in relation to the media justice and reform movements.

Éva Bognár is Senior Program Officer and Researcher at CMDS. Éva has been with the Center since 2006. As Project research officer of the three-year European collaborative research project "Civicweb - Young people, the Internet and Civic Participation", funded by the European Commission's 6th Framework Programme, Éva ran the project with research assistant Judit Szakács between 2006 and 2009. She has been managing projects and events (public lectures, workshops, conferences and the annual summer school) for the Center. Recently she has been studying Hungarian minorities and their use of online space; and media representation of migration. Her background is in sociology.