Technology is Changing How we Interact with and Experience Conflict 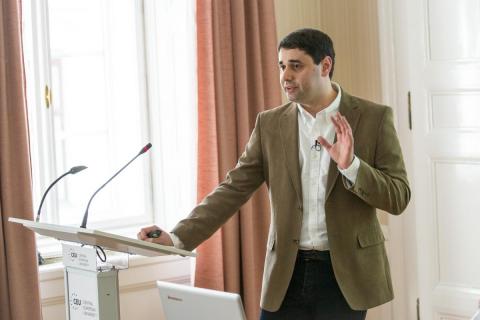 Gregory Asmolov raised some interesting questions during his public lecture at the Center for Media, Data and Society at CEU’s School of Public Policy on April 12.  The focus of his presentation was the role of information and communications technology (ICT) in modern conflicts. As Asmolov, who is a PhD candidate at the Media and Communications Department of the London School of Economics, pointed out, there is no doubt that ICTs have changed how people interact with and experience modern conflicts. What is less clear is whether this is a good or bad thing. Has this change helped to mitigate conflicts by providing enhanced opportunities to gather information and share opinions, or has it exacerbated conflicts by making it easier to offend or antagonize others?  Asmolov suggested that discussing the role of the Internet in conflicts requires looking beyond the traditional focus on cyber threats, online extremism, information security, and digital propaganda. His lecture addressed the question of how information technologies change the relationship between users and conflicts. 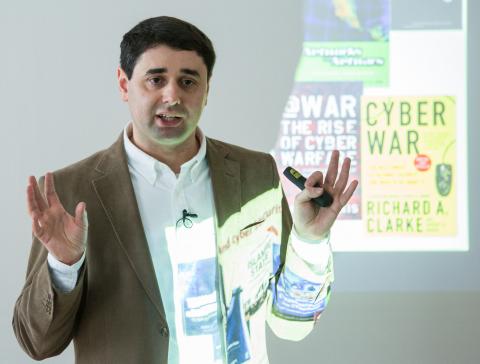 “In the past,” explained Asmolov, “the space of traditional media news and the space of personal communication were primarily separate.” When this was the case, it was much easier to isolate one’s personal interactions with, for example, friends and colleagues from one’s interactions with “the flow of news.” Many people today, however, receive most if not all of their news via social media. “Nowadays, we use the same space for news consumption and communication,” he said, “and so the distinction between our personal and public lives is blurred.” This can lead to a situation in which individuals feel immersed in the conflict. According to Asmolov, digitally mediated immersion makes conflicts a significant part of people’s everyday lives even if they live far from the conflict zone. During the lecture, Asmolov discussed the potential consequence of immersion including heightened emotional stress, online polarization, and destruction of social ties among friends and relatives.

As Asmolov noted, digital participation can take many forms: “There is paid and unpaid participation; it can be transparent or secret.” Asmolov pointed to the incident in December in which Instagram users were given an hour to vote on whether or not two ISIS fighters should be executed, as being a particularly disturbing and alarming example of digitally mediated participation in conflicts.

Asmolov concluded that digitally mediated expansion of citizen participation in a conflictis an emerging property of modern conflicts. In these situations, as Asmolov observed, citizens often assume the role of combatants, which makes it more challenging to distinguish between citizens and soldiers. State actors sometimes take advantage of these types of situations not only to engage citizens in order to achieve particular conflict-related goals, but also to gain more public support for a conflict. “The more conflict is socialized and engages people, the more it is internalized and becomes a part of people’s identity,” said Asmolov. In this way, Asmolov went on to explain, engagement in and with conflicts becomes more important than the outcome of a specific case of engagement.