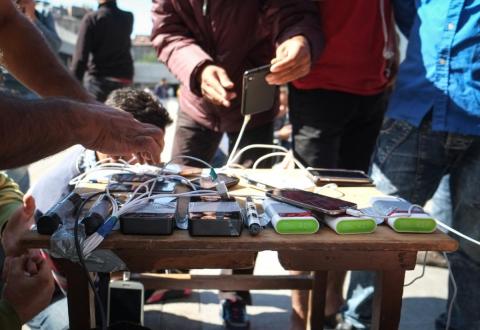 Until September 15th when harsh new laws went in to effect in Hungary, every day, thousands of refugees were passing through Keleti train station in Budapest in Hungary on their way to Northern and Western Europe. A major difficulty for them has been to find means to access the internet and charge their mobile phones, which is vital for them to communicate with family and friends; share information with each other or others en route with vital updates; access vital apps like Google maps, currency calculators, and language translation tools; news and information in their own languages; and to connect with fellow refugees. In order to help them, Kate Coyer, director of the Civil Society and Technology Project at CMDS launched a grassroots DIY initiative to provide wifi hotspots and phone charging stations for refugees who are staying at the Keleti train station in Budapest. 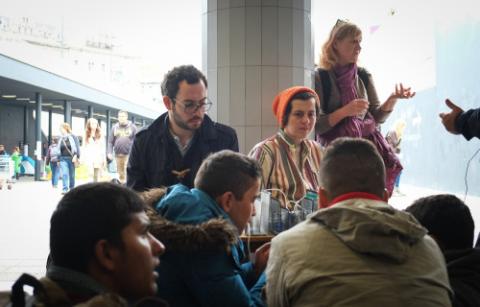 “I started this project as a spontaneous, grassroots, rapid response to meet a pressing need I witnessed when I first went to Keleti to donate food and blankets”, says Kate Coyer, who also added that she was looking for “flexible, mobile, cost-efficient and sustainable wifi solutions in order to quickly respond to the fast-changing needs of refugees as they move along.” She reached out to key people in her network of digital rights activists and technology hackers for suggestions and advice. Jillian York of the Electronic Frontier Foundation asked how she could help and through Jillian’s efforts and a blast on her social media , was able to raise the crucial funds needed to purchase needed equipment. Jillian’s also helping similar initiatives in Germany, and says that “in Berlin, there's a lot of organizing going on, so I'm just trying to use my role as a semi-public figure to help connect disparate groups and people that might not already be in touch, and to help them raise funds.” The communication access iniative has also been greatly supported in its initial phase by CMDS’ fellow, Tim Libert, who made the crucial suggestion of focusing on off-the-shelf solutions that could be up and running within a few hours. 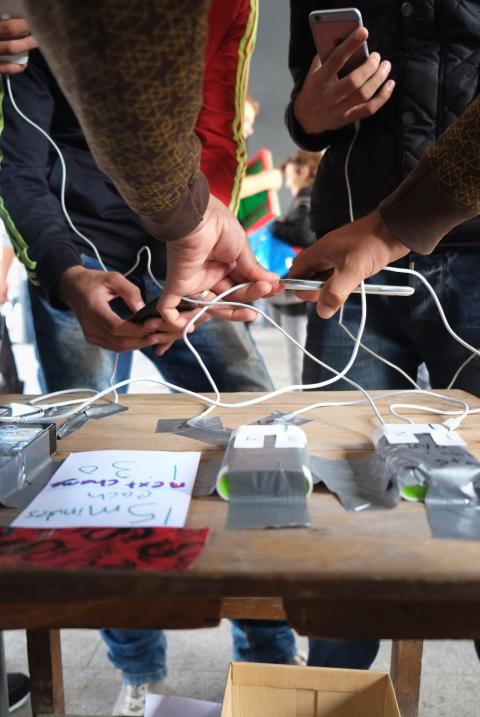 It’s been inspiring to see how the CEU community has embraced this initiative and how many volunteers are contributing to the project. For the past ten days, CEU volunteers have staffed a free wifi and mobile phone charging station at Keleti train station each evening and morning, and provided internet access at Nyugati station, another transit station for refugees, as well. “This project embodies for me the values of CEU”, says Kate, “and what I love most about our home institution. What started as a two person operation in our backpacks is now a CEU-wide community effort that could only be possible with the leadership of PhD student Stefan Roch and CEU alum Roy Kimmey.” The importance of refugees having access to communicate and use their phones is not lost on tech-savy international activist organizations; Greenpeace arrived at Keleti a few days after the DiY iniative launched with their solar powered, high capacity field gear to provide wifi and power for phone charging for eight hours a day. Kate and the other volunteers have since been coordinating so that they can supplement these organizations’ effort in the hours they are not on-site. 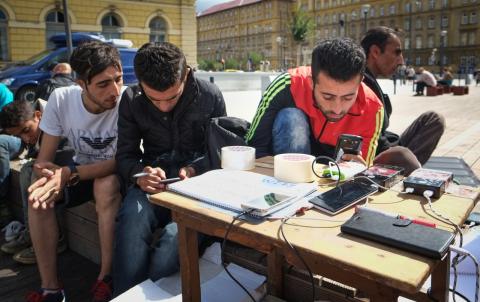 The tech aid has proven to be invaluable for Syrian refugees arriving to Hungary, and has received huge media coverage both in Hungary and internationally as one of the major Hungarian online news portals, Index ran  an article about it,  New Scientist discussed how smartphones are a vital survival tool for many of the millions who have been forced to flee Syria, and CNBC explored how smartphones are helping refugees in Europe. Kate Coyer also talked to Business Insider UK about the tech help they are providing for refugees, as well as BBC News, who also spoke to refugees about their vital technology needs and how the ability to stay connected is helping them. NPR also reported from Hungary and talked to Kate, who said that "if  if technology can play a role in making those journeys a bit less precarious and harrowing, and help refugees stay connected and have access to reliable and up-to-date information, then they're worth investing in." Kate discussed the initiative in Marketplace's story, and also on Mashable, where she said that " When you can't trust governments, you have to rely on your own devices and networks," 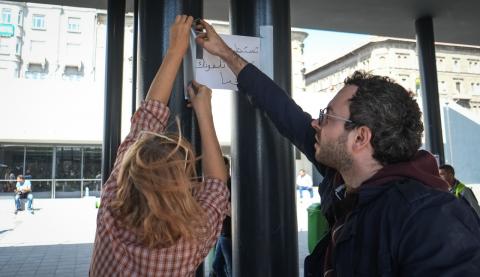 You can follow the initiative’s Tumblr page and see the photos taken by Stefan Roch on this link: http://keleti-connected.tumblr.com/